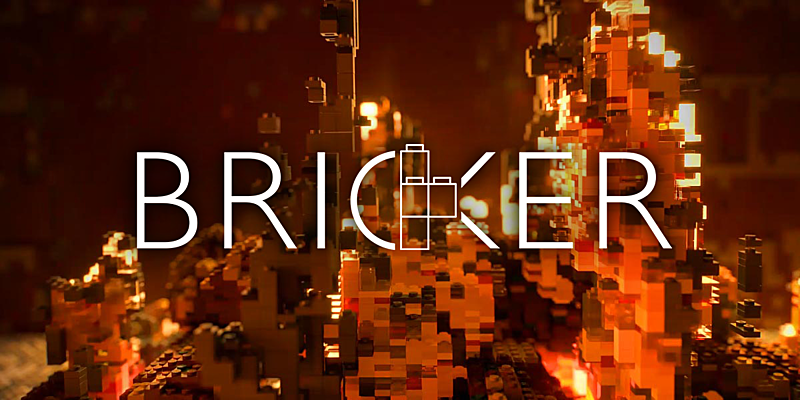 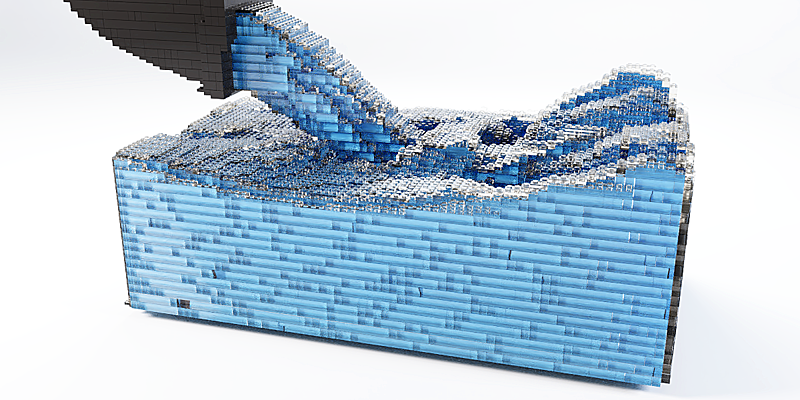 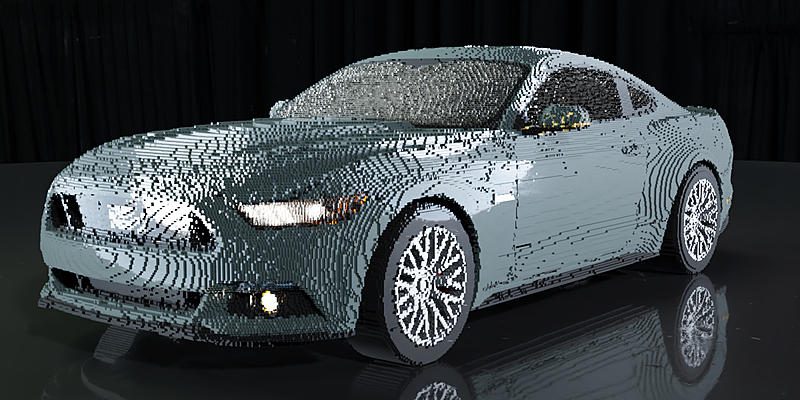 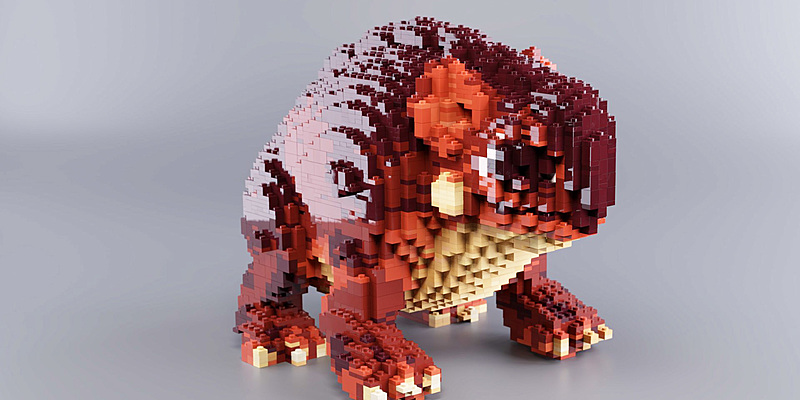 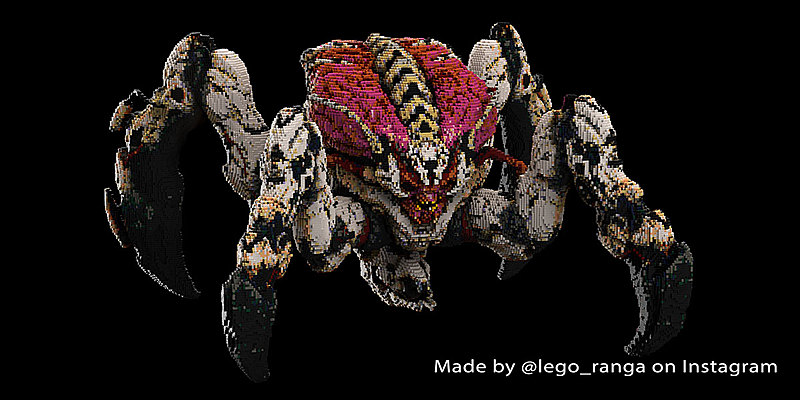 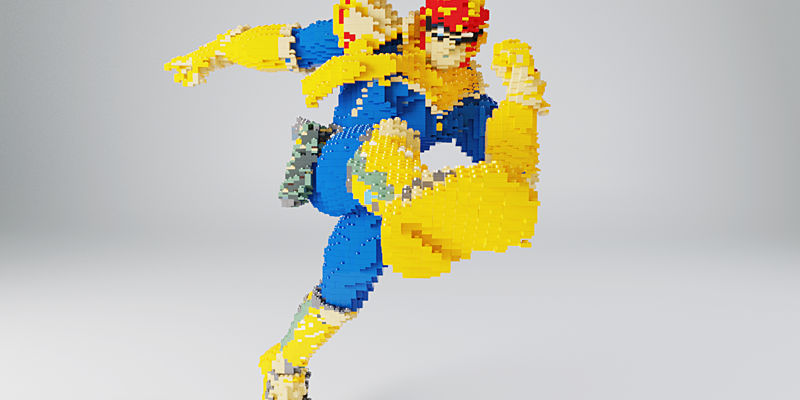 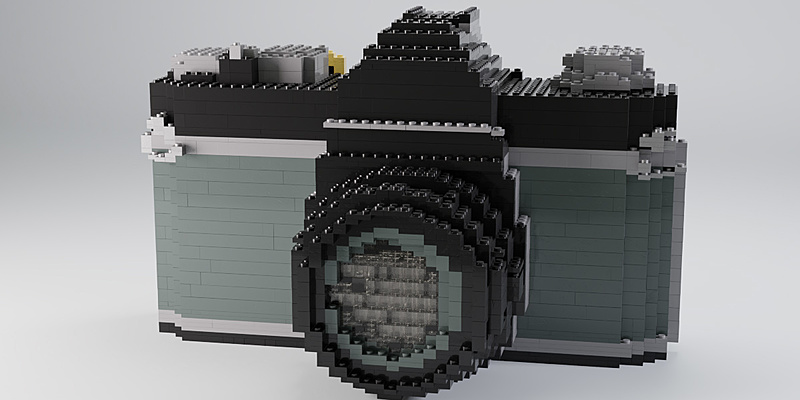 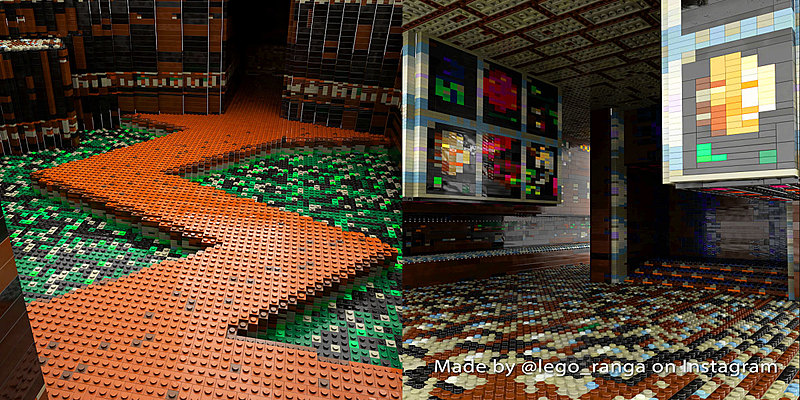 Bricker is an addon for Blender that converts any 3D Mesh into a photo-real 3D brick model. You can also use Bricker to generate animated brick models from keyframed animation, simulations (such as fluid, smoke and fire, or soft-body animations), armature, and much more.

Check out the all new Bricker merch available now! Shoot us an email or Blender Market message with your order number for 15% off Bricker!

With this addon, modeling and rendering a 10,000 brick sculpture is simply effortless. Once you've created a 3D mesh, a simple click of a button will convert it to a brick sculpture of any scale or orientation. 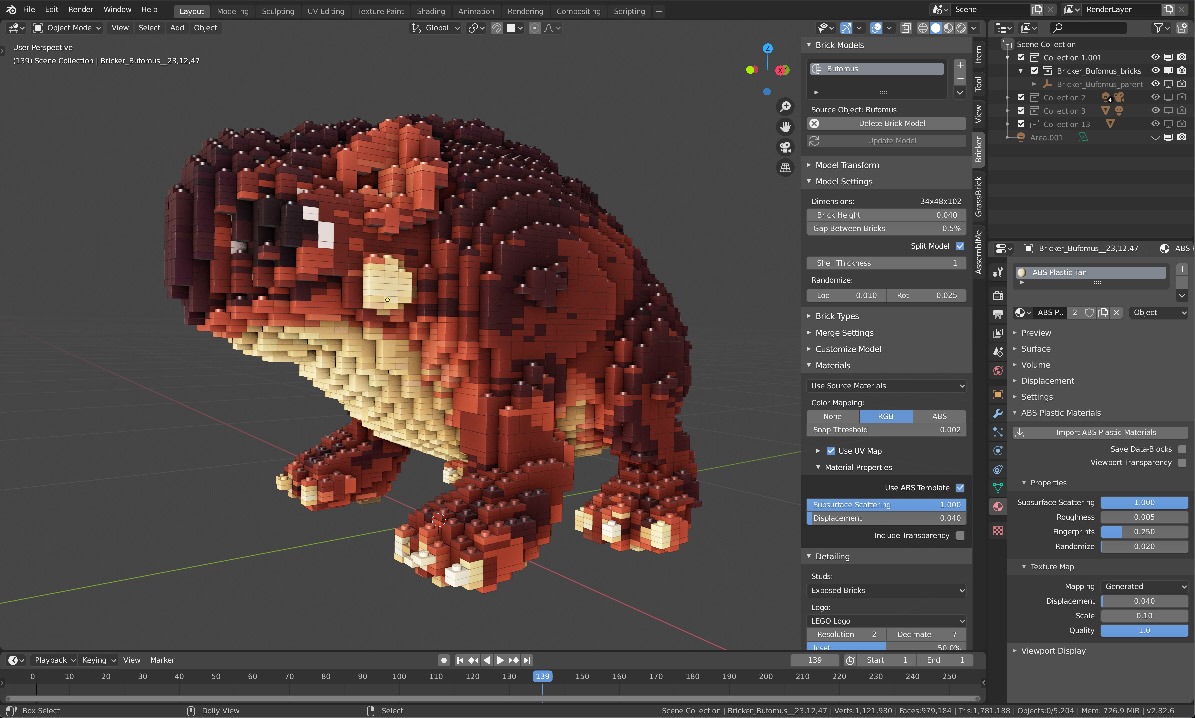 NOTE: Combine Bricker with the BrickSculpt addon to sculpt details onto your model with tools like draw bricks, cut bricks, merge and split bricks, color paintbrush and more!

Have you ever marveled at the fluid simulations in "The LEGO Movie", or wondered how the animators of 8 Bit Trip created the animated sculptures featured throughout the video? Well, we've created a plugin that solves these problems effortlessly for both CG and stop motion animation, and you're going to love it. Bricker will convert any animation or simulation (keyframes, soft and rigid body physics, armature, fluid, smoke and fire, cloth, parented animation, and more!) into a frame-by-frame animated sculpture that's ready to be rendered or constructed in real life.

NEW in Version 1.8 – You can now brickify fluid, smoke and fire simulations made with Mantaflow! Customize the smoke density, fire color, and fire intensity for exactly the look you want.

The possibilities are endless – we're excited to see what you'll create!

Bricker comes packed with functionality that makes rendering photo-real brick models effortless. Every brick was designed with both efficiency and realism in mind – you get to choose the number of stud vertices, the level of detailing on the brick underside, the bevel width and resolution, the amount of minor variation in position/rotation, and much more – all optimized with smarter, cleaner brick topology than any 3D brick exporter on the market. 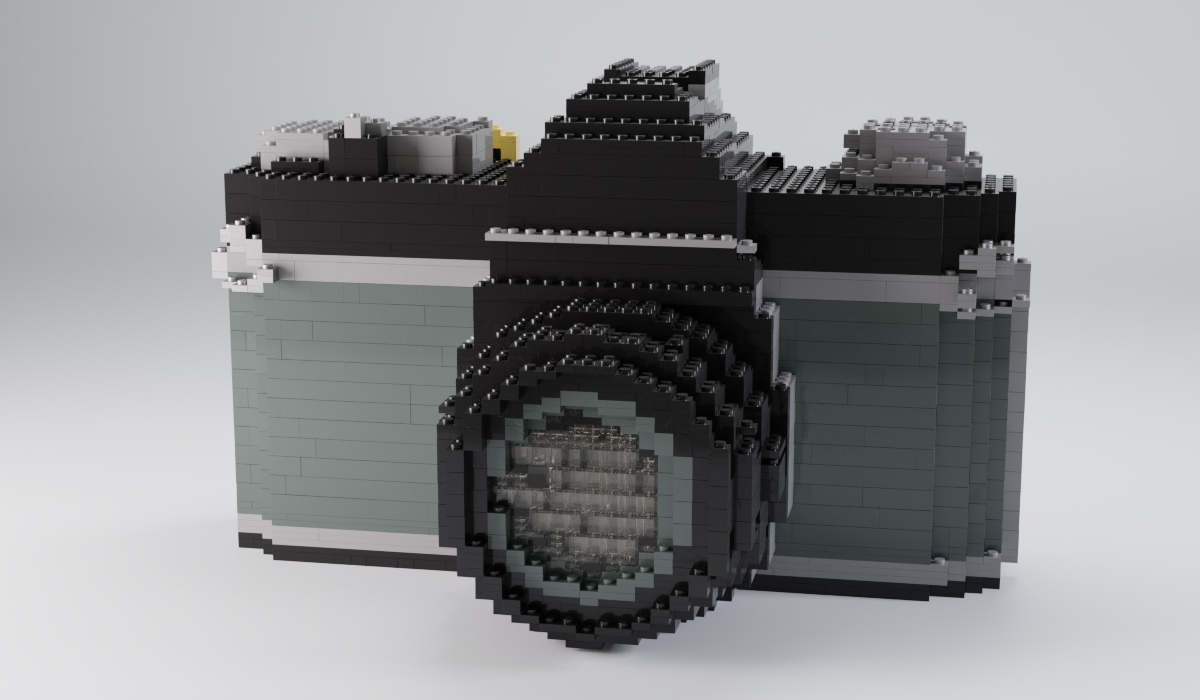 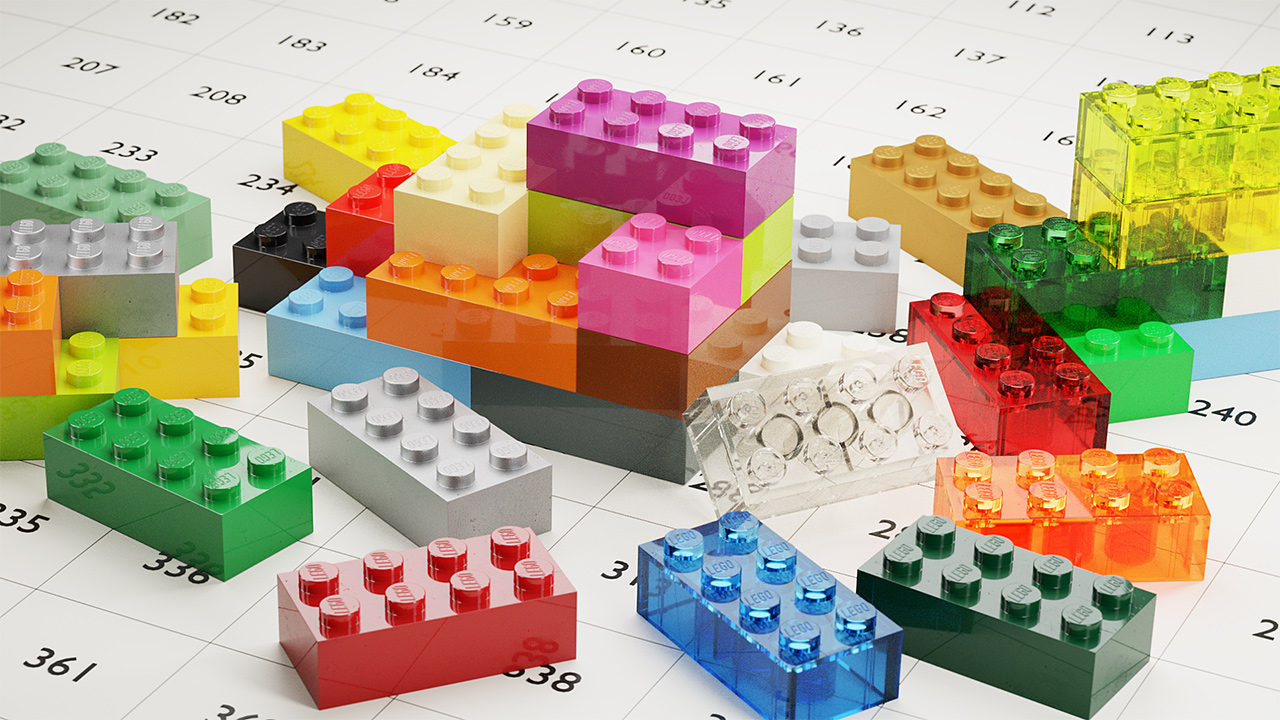 NOTE: Combine Bricker with our ABS Plastic Materials for a full library of materials based on the LEGO® brick color pallet.

Bricker was built to accommodate the workflow of an artist. Every brick model is optimized and cached for fast generation and even faster updates, and with the power of a background processor, the calculations won't interrupt your workflow. The fluid model you see below was generated in less than a second on a Mac laptop. 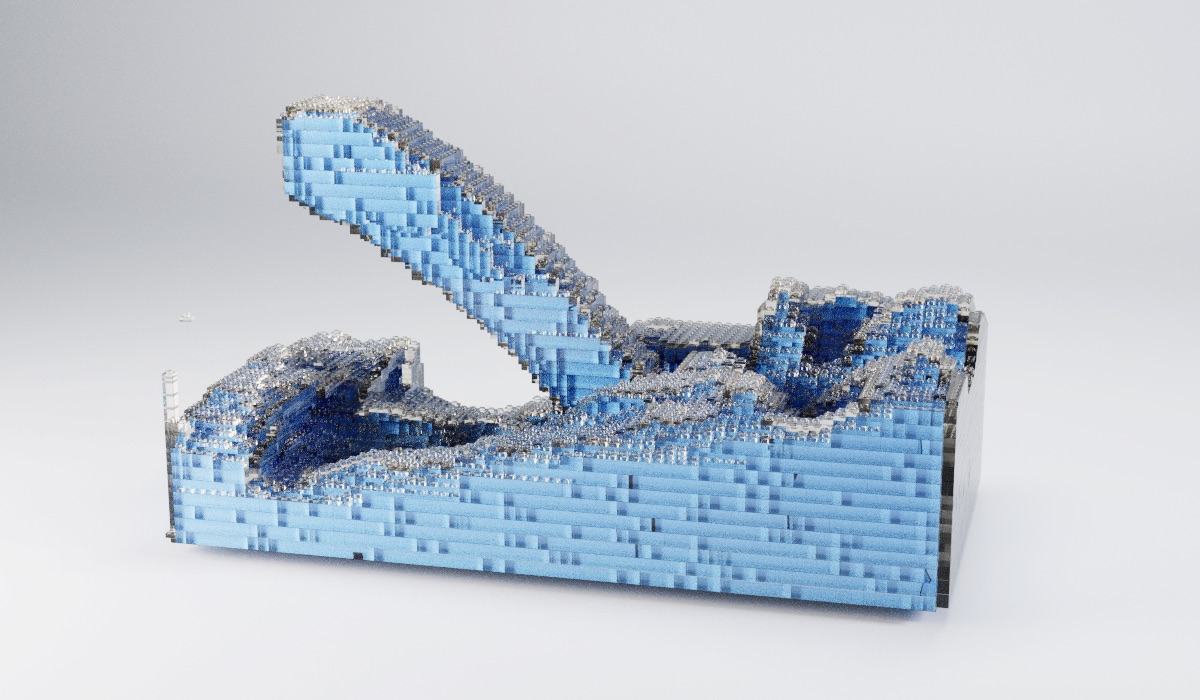 The built-in mesh generator is memory efficient and able to produce millions of bricks without requiring massive amounts of RAM, with many features including object instancing and selective detailing at your disposal. Rigorously tested and extensively optimized, this addon is built for speed.

We designed Bricker to be useful for real-life sculpting with LEGO® bricks as well. Choose the maximum brick size for your model (e.g. 1x8, 2x10, etc.), set the thickness of the outer brick shell, customize the internal support structure (cross-beams, lattice or columns), and generate the model.

Once the model is built, you'll have quick access to physical model information including brick count, weight (in grams), real-world dimensions (metric units), and more.

Once the model is finished, use the LDraw Exporter to export the model to any compatible program so you can download the instructions and build it in real life! 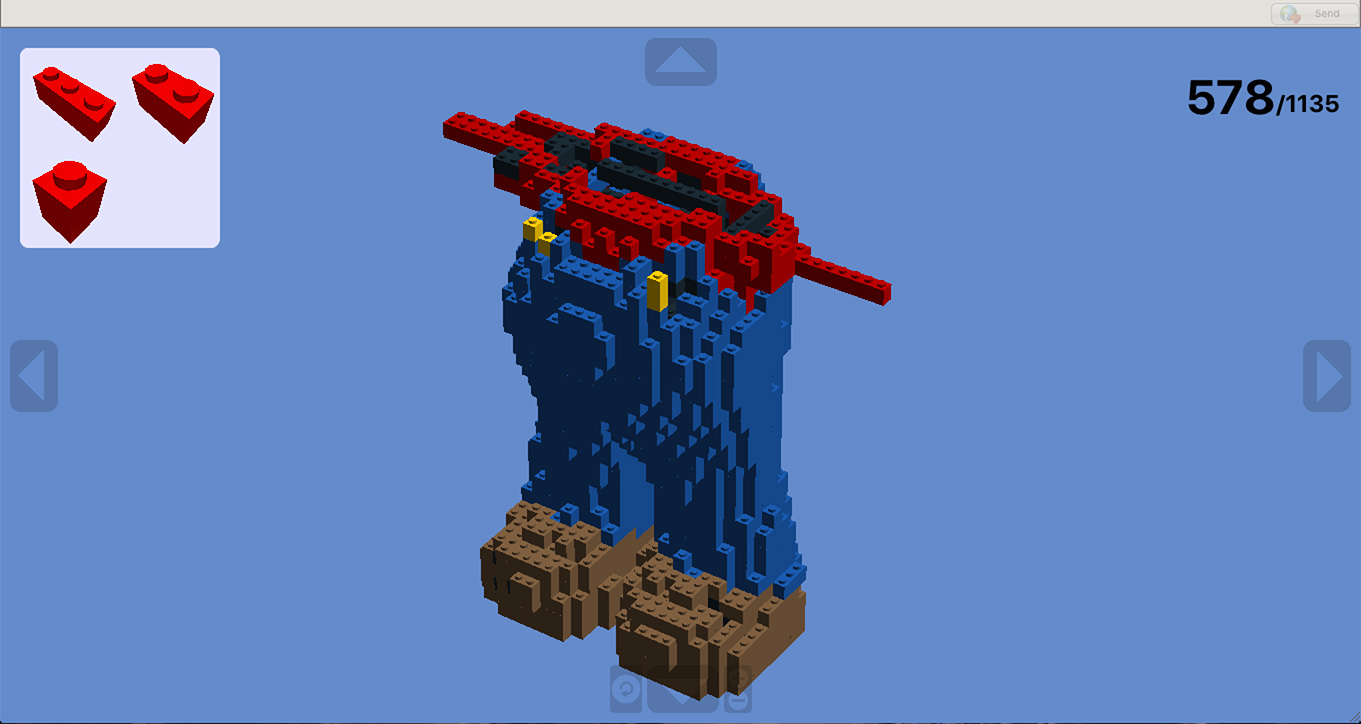 NOTE: When combined with the AssemblMe addon, you can also generate a step-by-step build animation right inside Blender to help you construct it.

We're always excited to see what our users can create with Bricker – send us your creations/renders if you'd like to be featured here! check out some of our favorites below:

Found the missing pieces to our heart. ❤️

We are working to improve Bricker and continue to add the features you've been asking for. Below are the features in development right now: