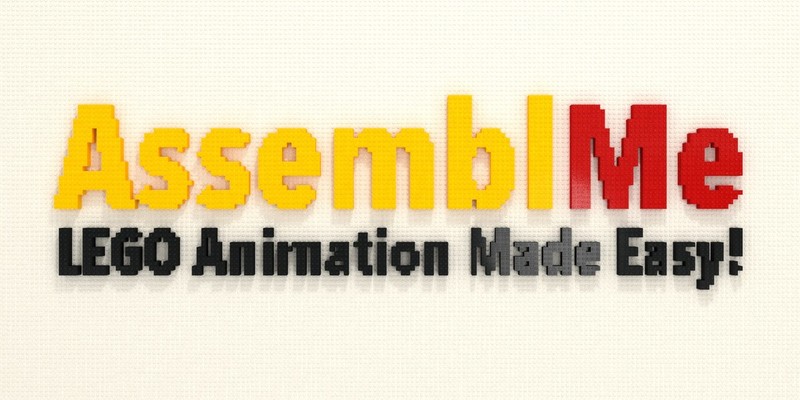 AssemblMe is an add-on for Blender that makes layer-by-layer animation efficient and non-destructive. Blender offers excellent physics and particle simulation tools, but when you've got a final resting place for your objects, you'll find yourself keyframing each object individually. AssemblMe provides an intuitive and efficient workflow for creating (and adjusting) assembly and disassembly animations in seconds.

So you've got a LEGO (or Minecraft!) model in Blender, and you'd like to animate the bricks building themselves. That's great! That's exactly the problem this add-on was designed to solve. Select your model, hit 'Create Build Animation', and you're done! That's right, it's as easy as that! There are plenty of parameters for you to play around with, so you can tweak the animation to look just like you envisioned it. Works great with the Bricker add on!

Motion graphics and logo design with multiple objects in Blender is also a breeze with AssemblMe. Simply add all of the objects to a group, adjust the parameters to your liking, and create the animation for a beautiful assembly motion graphic in seconds! NOTE: Animation is currently limited to straight lines from the starting position to the final resting position (though the starting/resting positions are very customizable).

We worked closely with artists to develop a simple and intuitive UI, complete with in-viewport animation guides, customizable and relevant status updates, and a wide range of intuitive animation parameters for complete customization. Our goal was to develop an add-on so intuitive that you'll never find yourself asking "what does this do?" or "how do I get this to do what I want?". If you're new to Blender, this add-on is for you.

Our latest releases have added many features that you had been requesting. We hope to add functionality for animating objects along a curve in a future release (free to update), so keep your eye out for that!