by Joshua Knauber in Scripts and Addons

Serpens aims to make the endless possibilities of blenders python scripting tools more accessible. It gives you Visual-Scripting options based on a custom node system to generate python code which you can then share and install as your own addons. 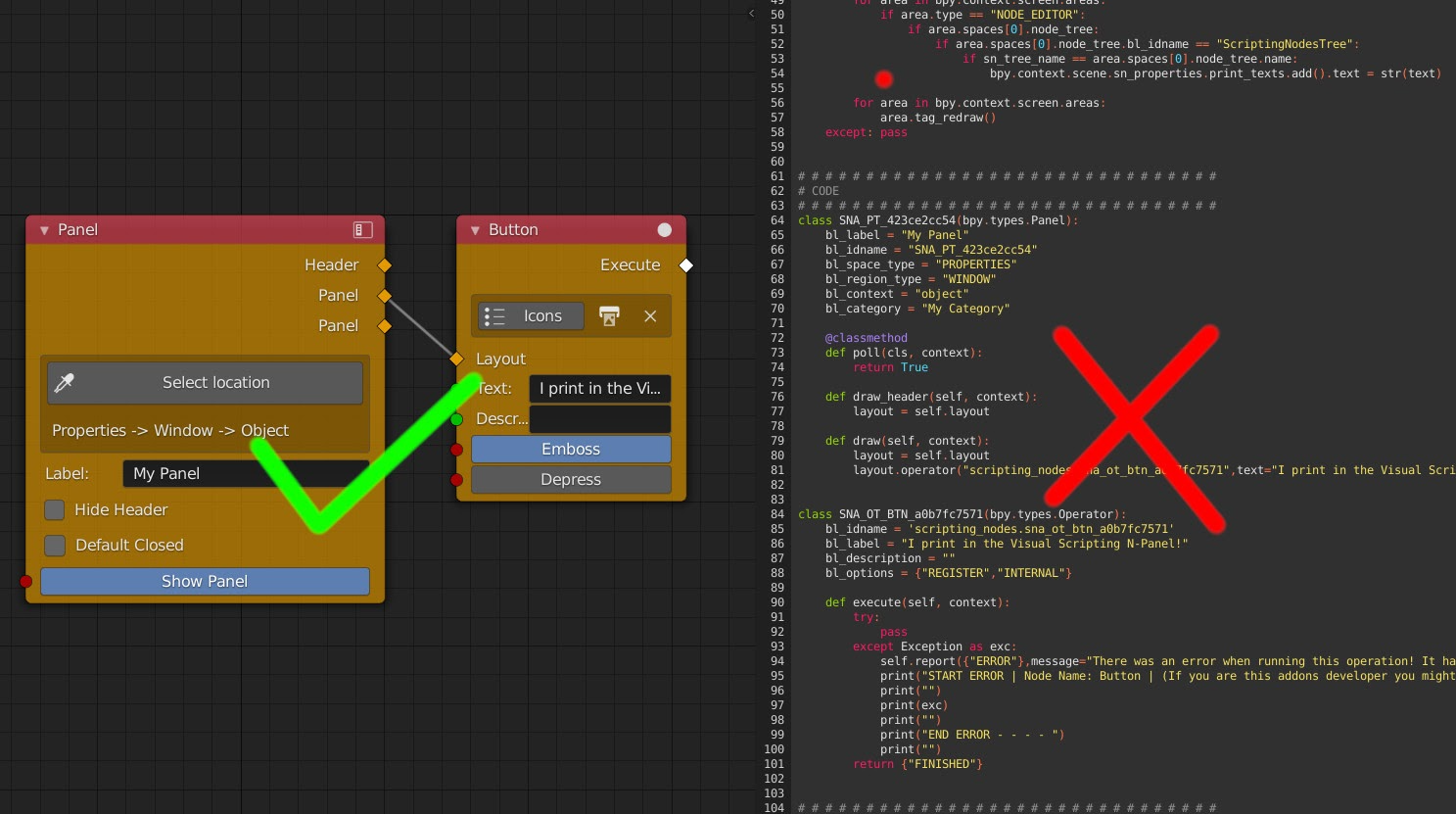 Want to try it for free? Click here to get a test version!

Serpens provides you with a full node system. This allows you to create UI elements as well as functionality. You can access and change data like object names, colors etc. as well as creating your own buttons to run your node-based programs.

You can reload your addon with the click of one button to work as fast as possible!

You can then export your finished addons. These generated python files can then be installed anywhere. This way you can share the addons you create with others and use them in any blender file!

Serpens allows you to make your own elements in the interface. You can create your own panels, add to existing panels, pie menus, buttons, checkboxes and more!

It makes it very easy to change your layouts: Want multiple elements in a row? Add a row node! Want a box around it? Add a box node!

You can also add your own shortcuts. These can open pie menus, show panels or run any operation you want!

You can access data inside blender, as well as changing it. This allows you to manipulate your objects and anything else in your file!

To make it easier for you to learn more about what a node does, the addon provides you with built in documentation! All the info you need is right in the node editor, so you don’t have to start looking up things while working. 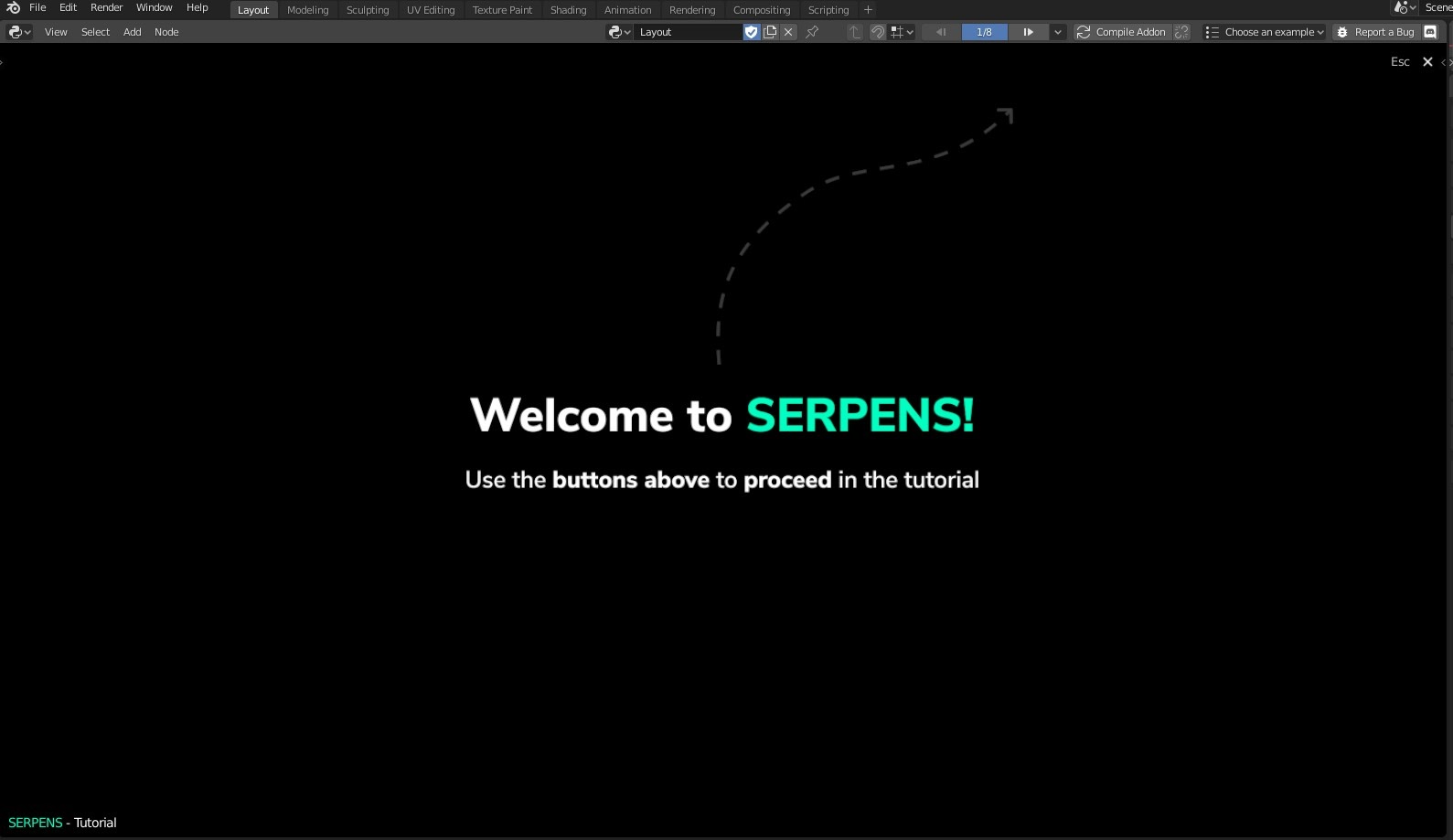 We also have a built in tutorial! You can switch through the images right in the node editor to start learning more about the addon.

While you don’t need any programming experience to use this addon it will only help you if you do! You can run your own scripts with nodes if you simply want to get help with the interface or creating an actual addon.

Apart from that we also provide the option to install custom node packages! This opens up a whole world of new possibilities because it allows for way more features!

We offer a built in marketplace that can be updated over the air (no need to reinstall the addon) and allows developers to promote their own packages for selling or giving away!

What Serpens isn’t: This addon is not a replacement for python scripting in blender! While it provides a lot of ever growing functionality, it will always lack some of the flexibility of actual scripting. It is also not meant for procedural modeling, it's for developing actual installable addons.

The addon will grow in functionality based on your feedback, so let us know what you want to be able to do! You can join the discord server for that here!