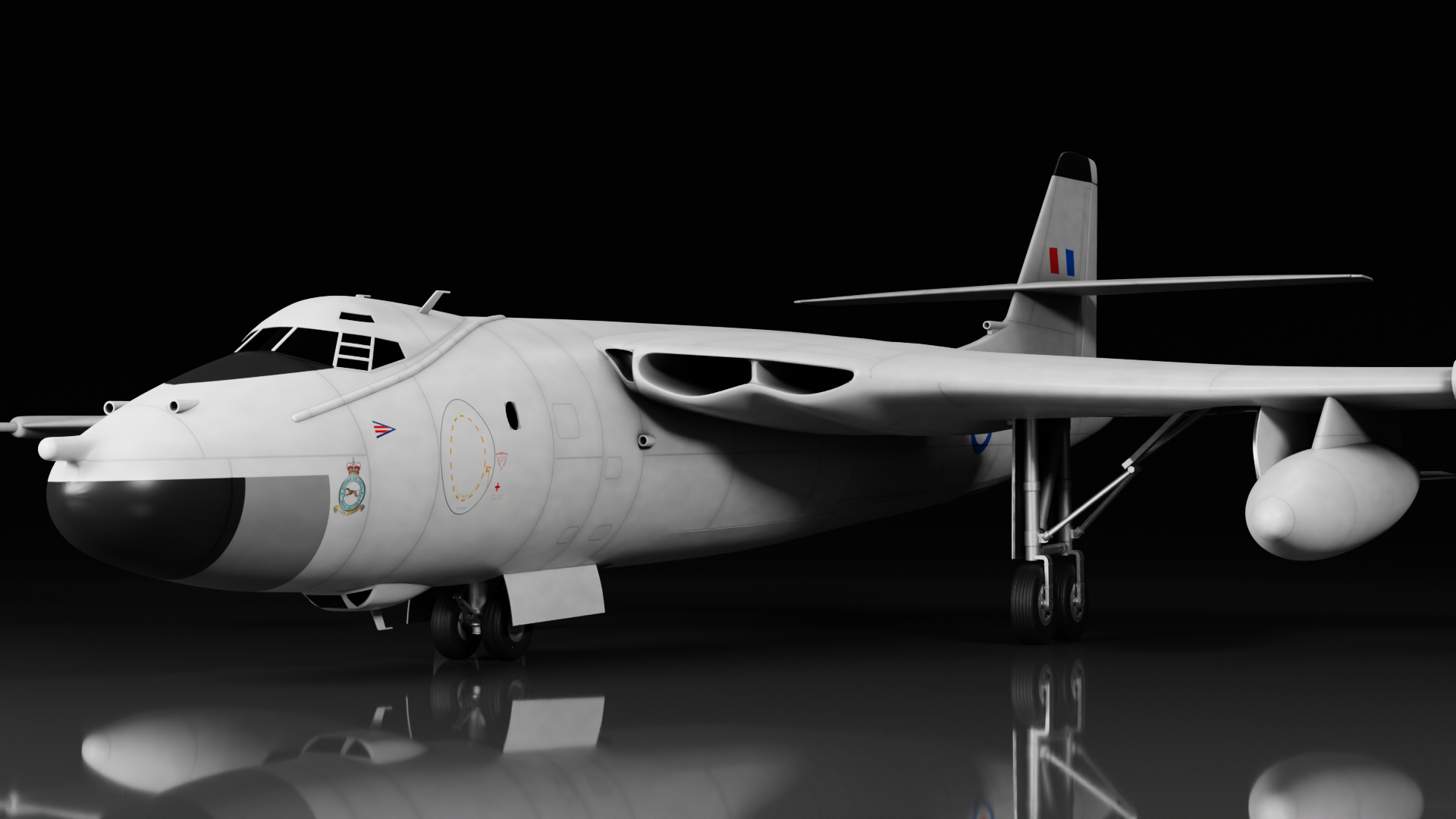 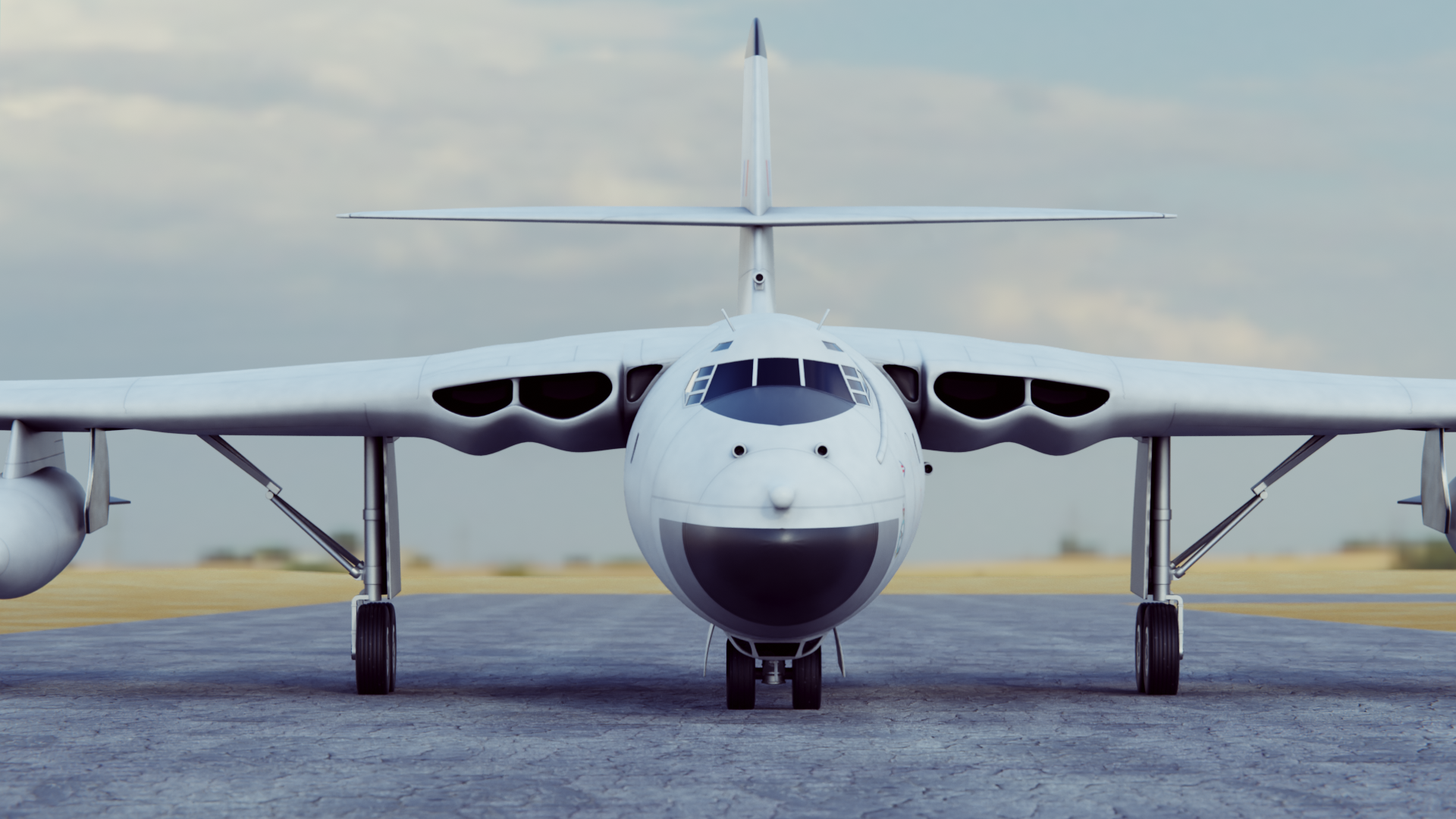 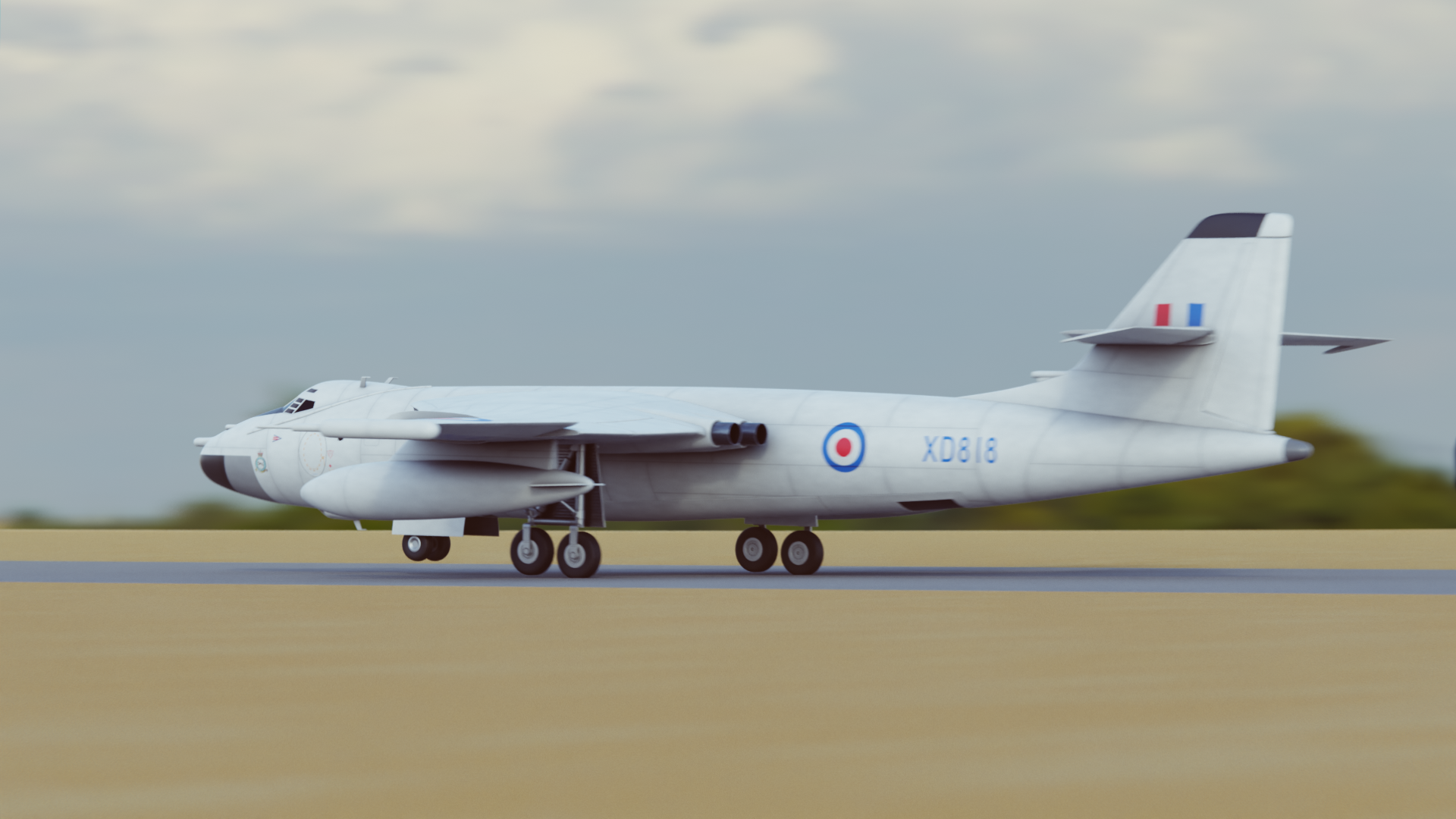 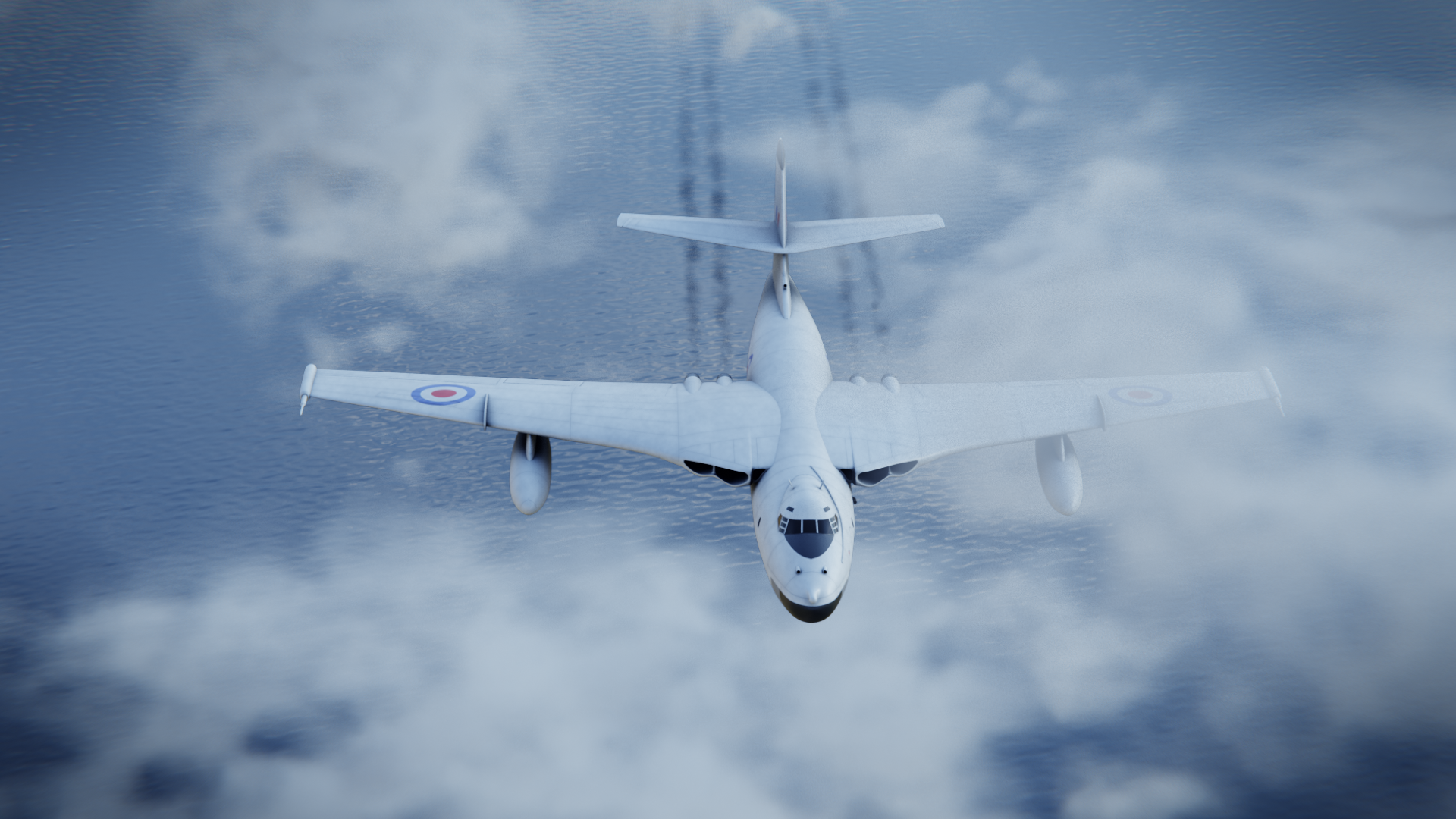 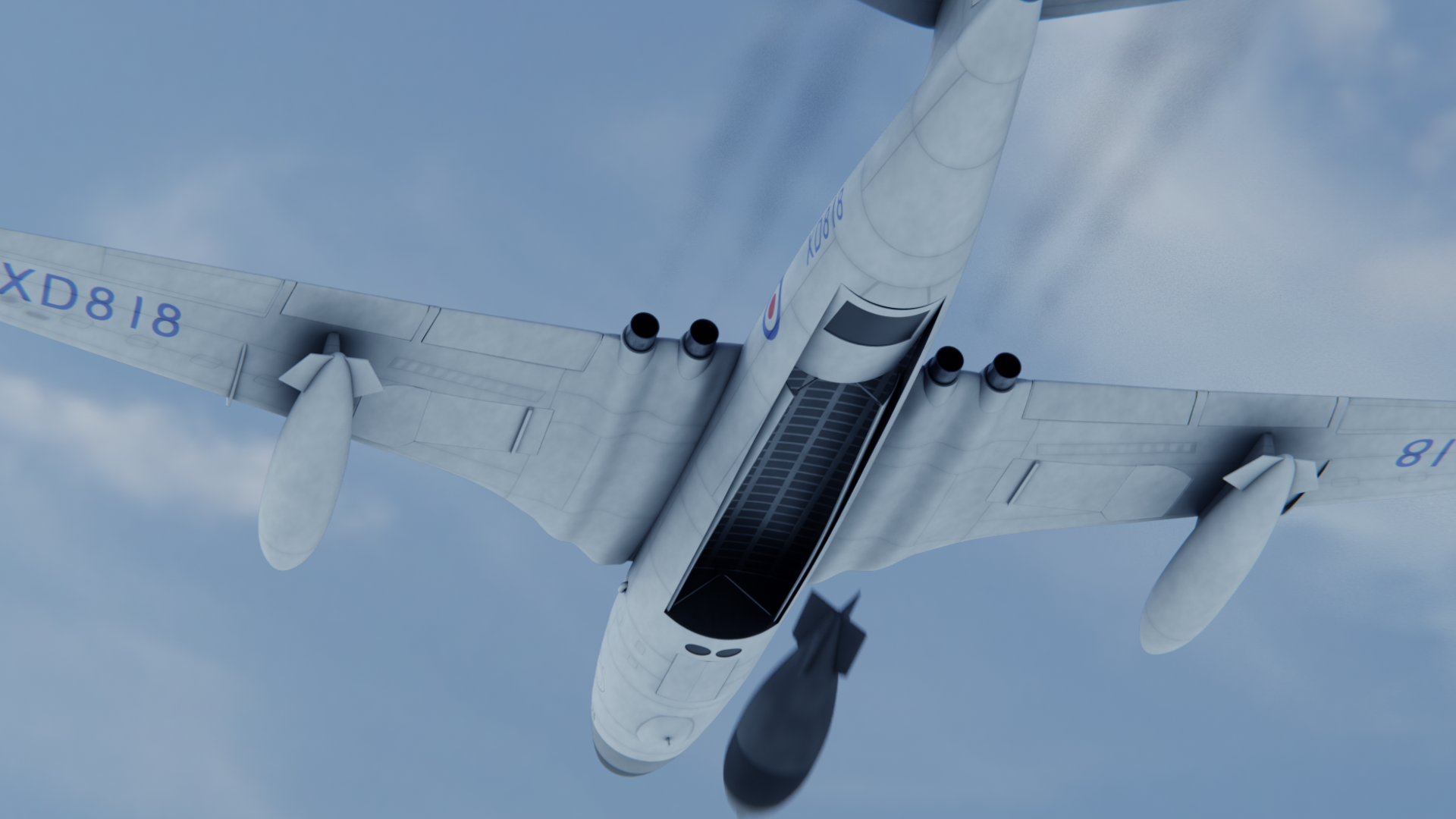 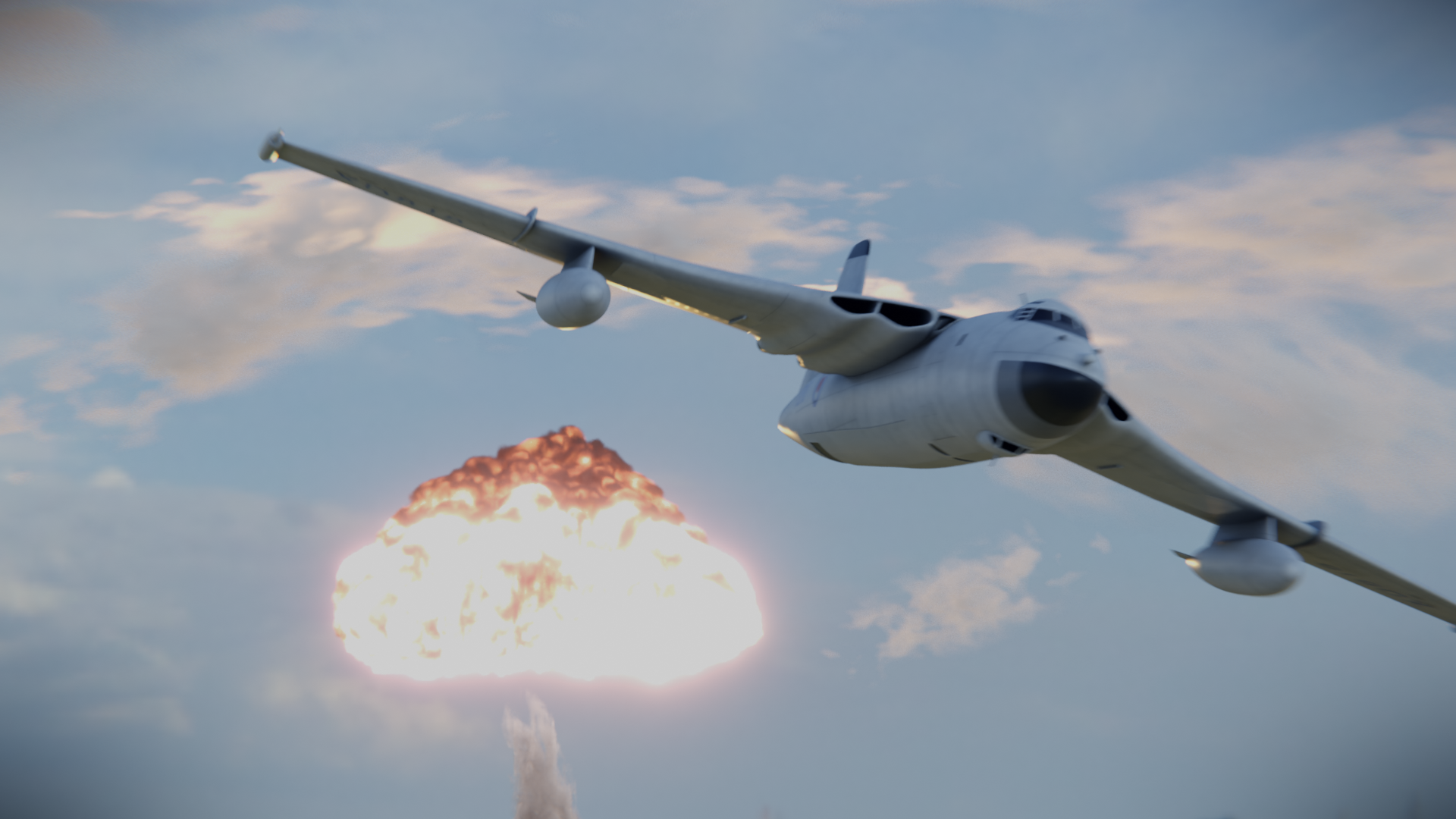 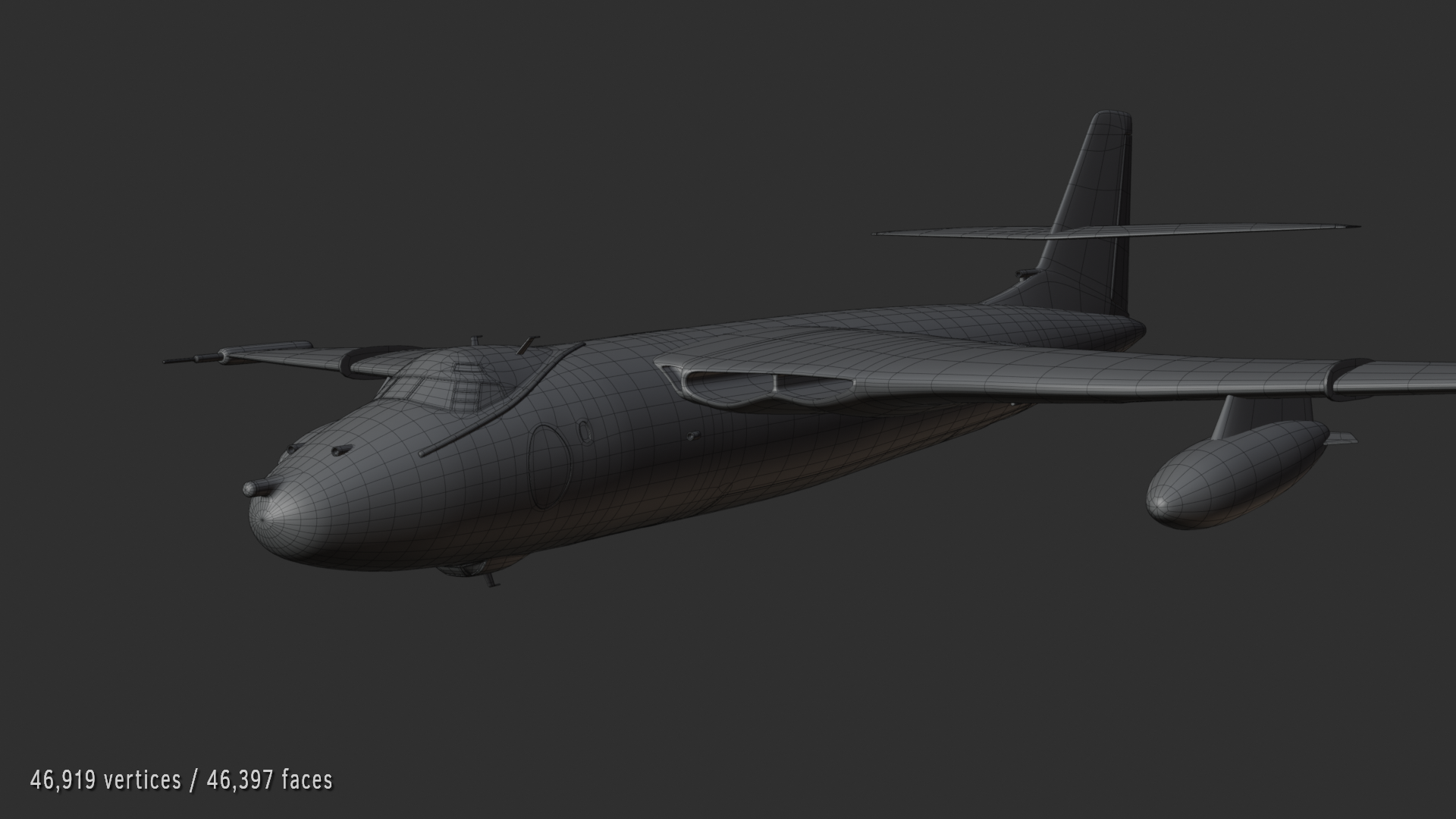 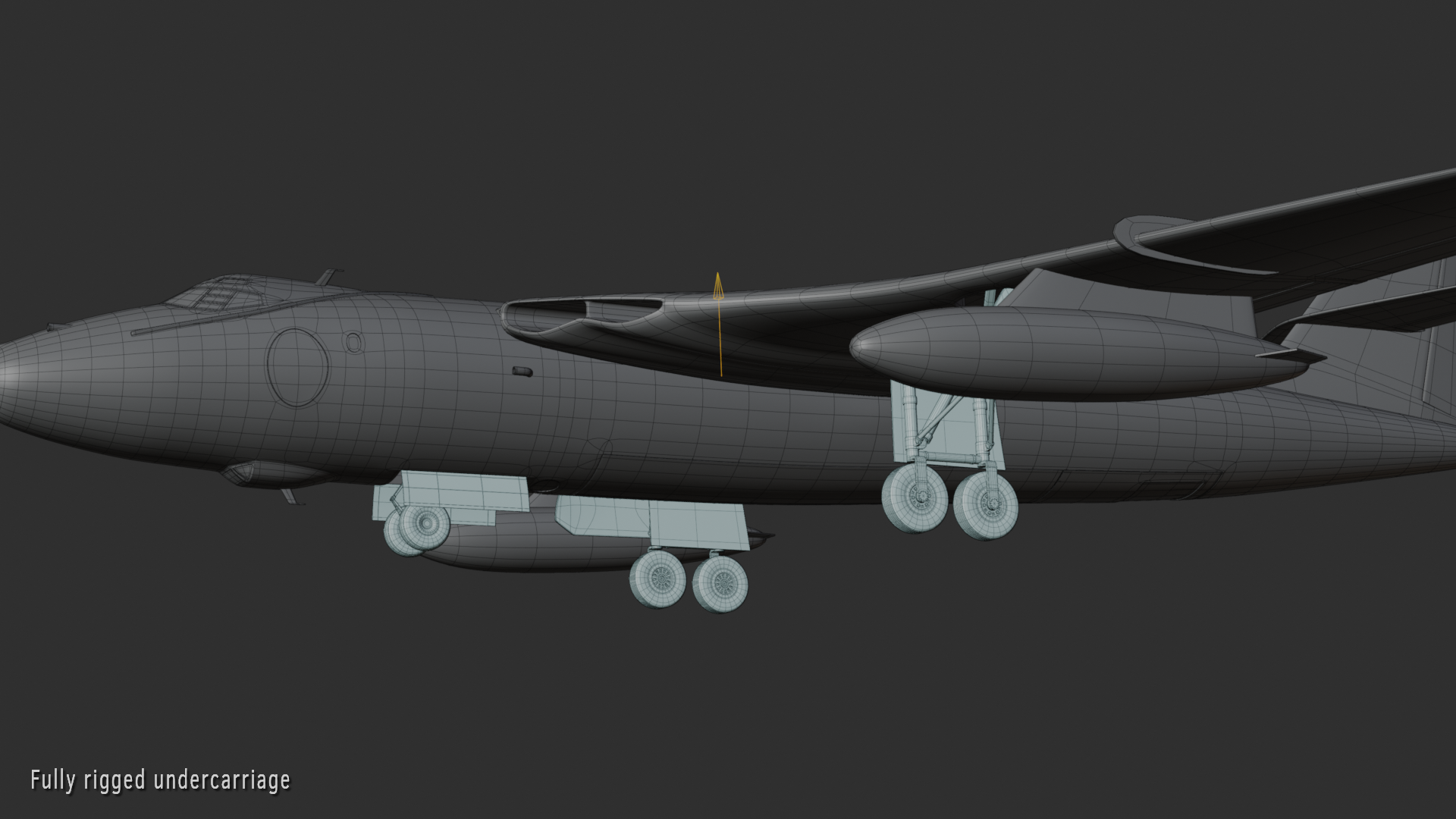 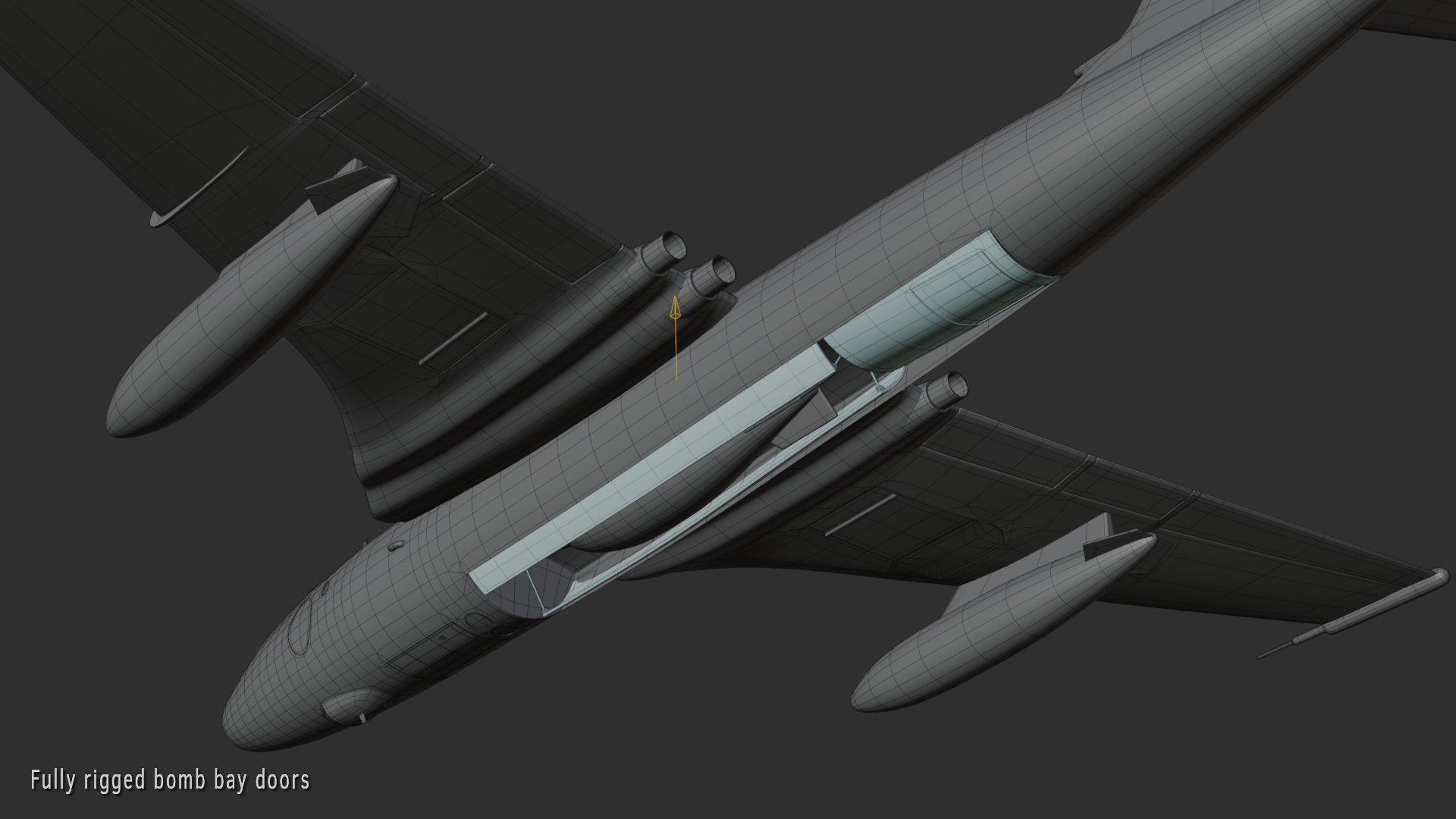 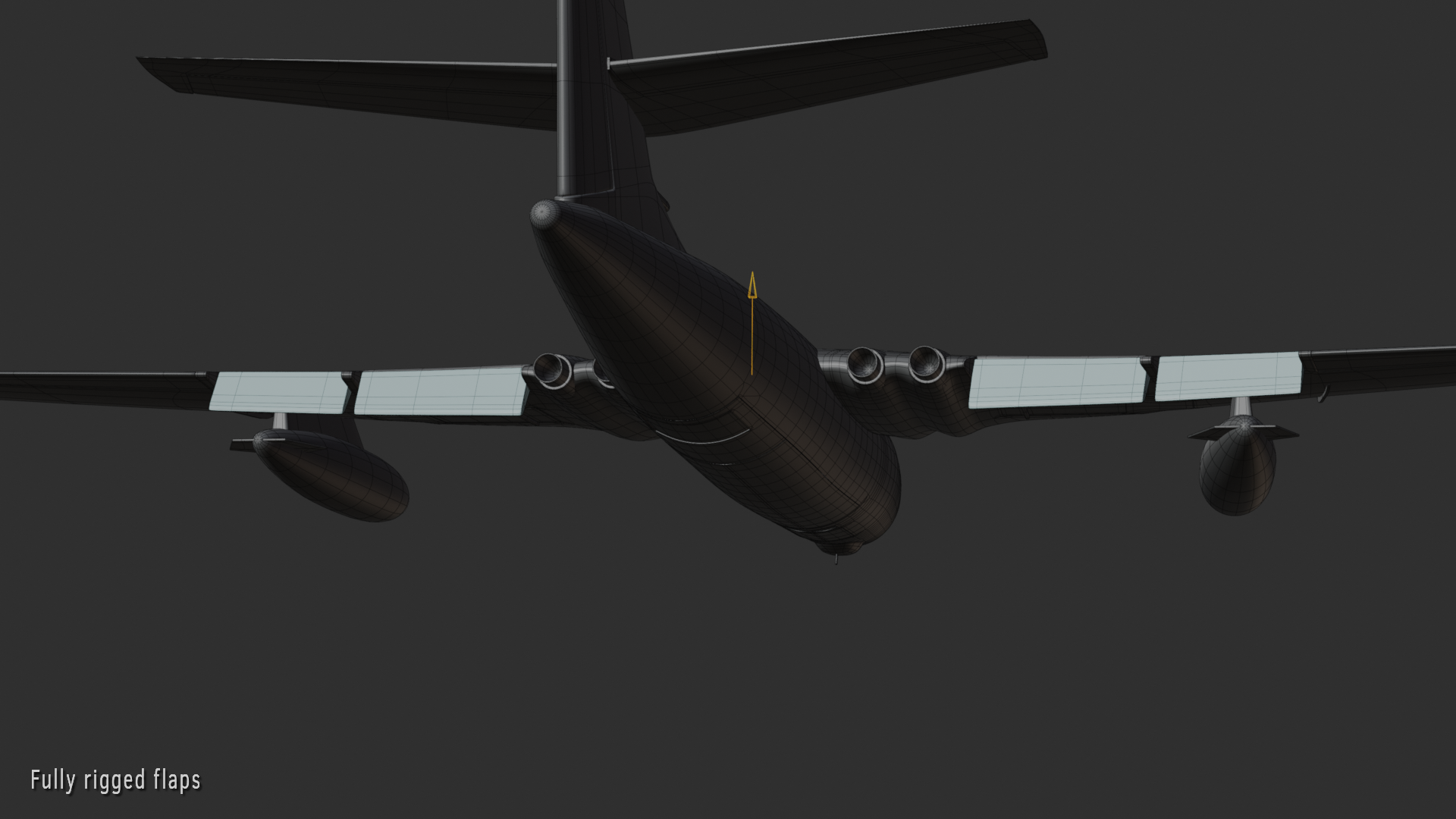 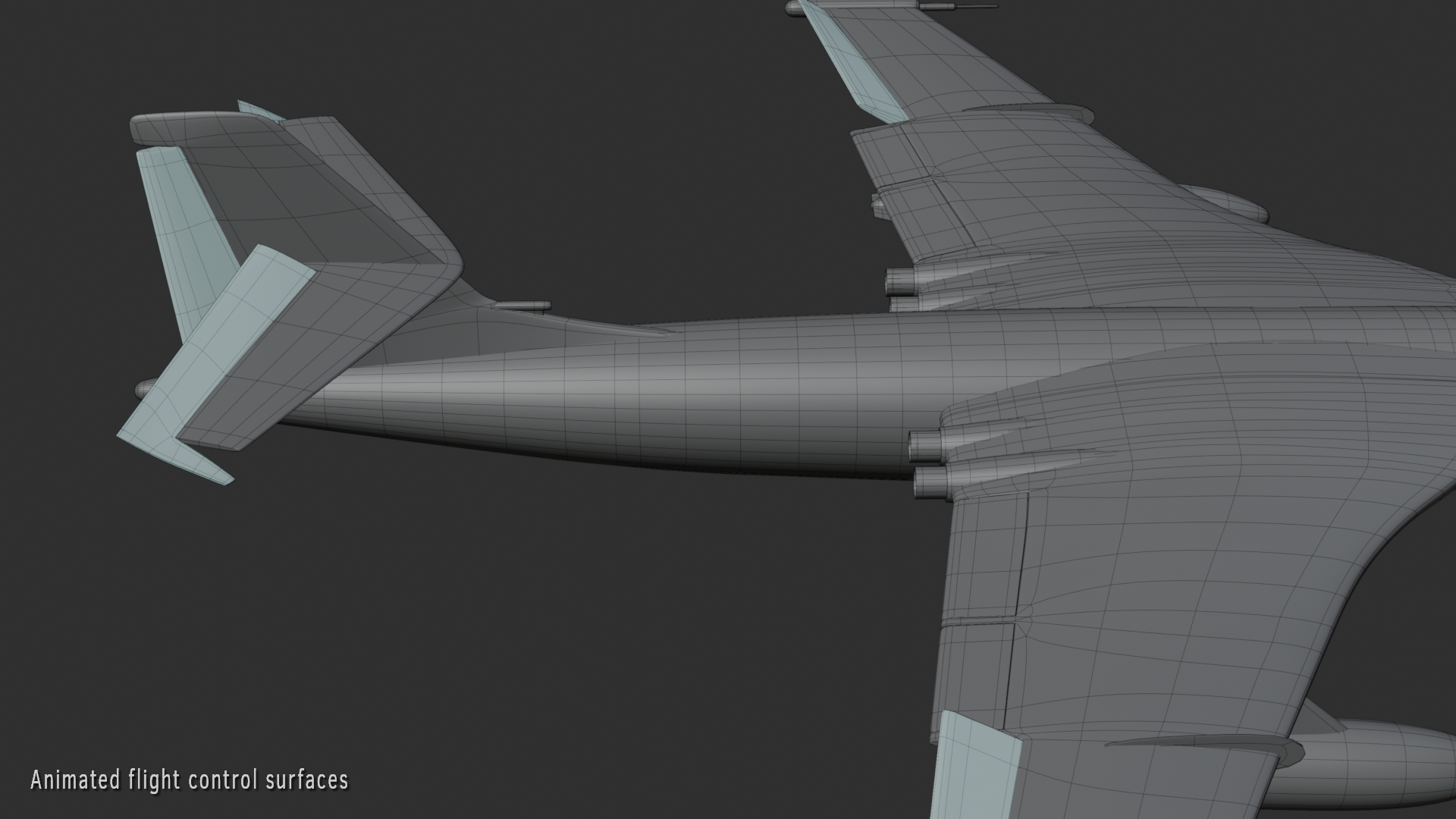 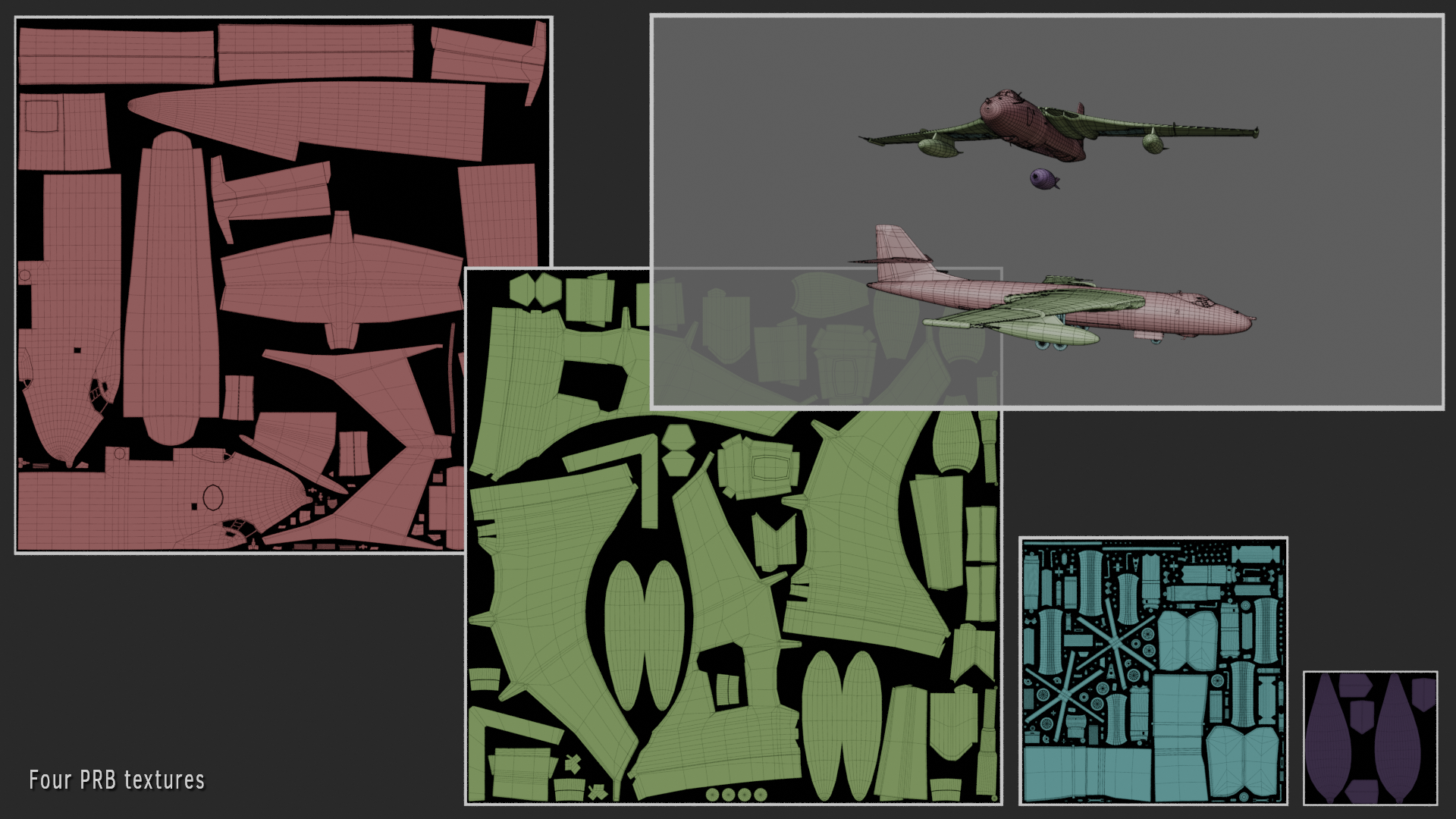 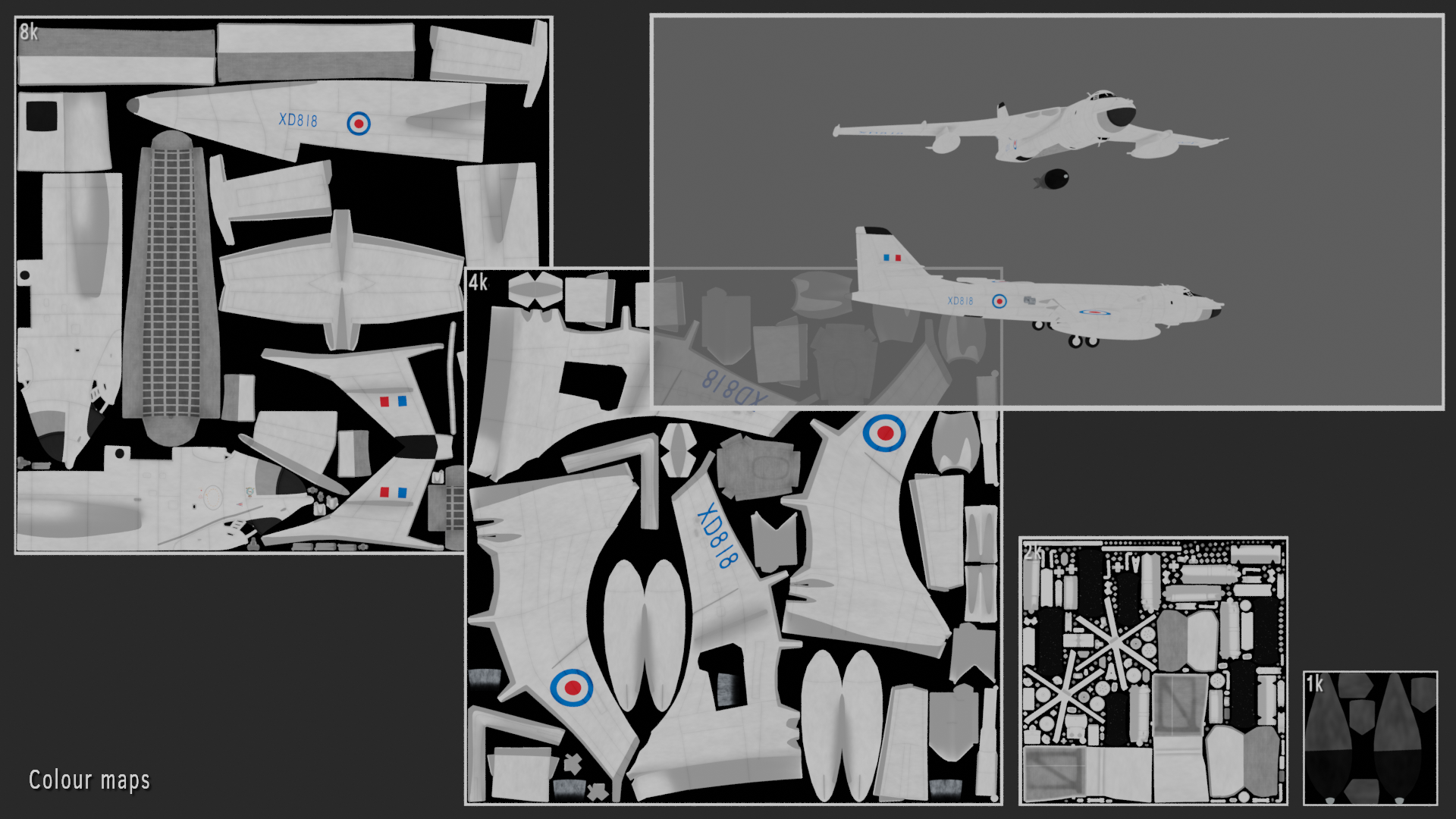 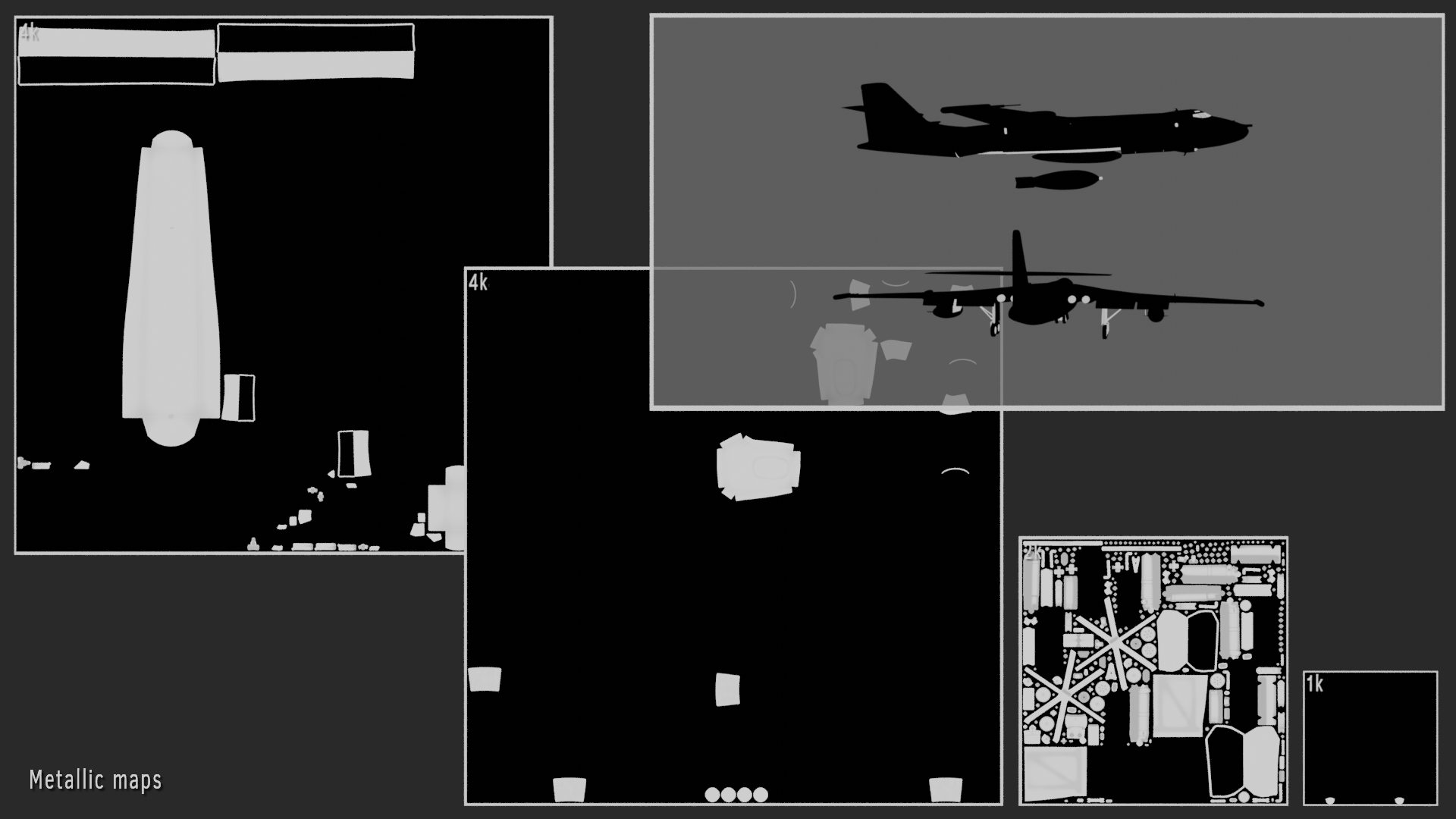 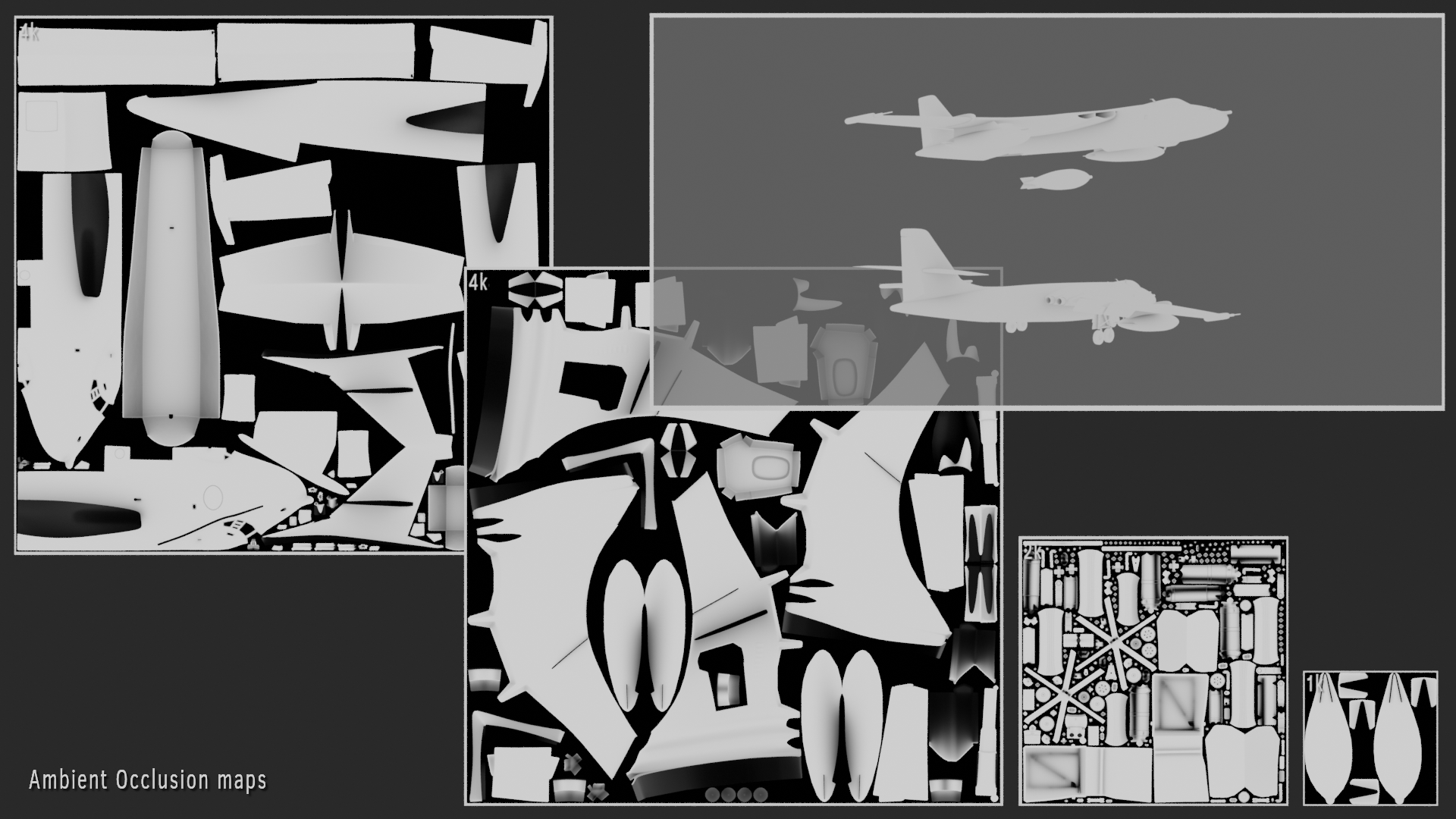 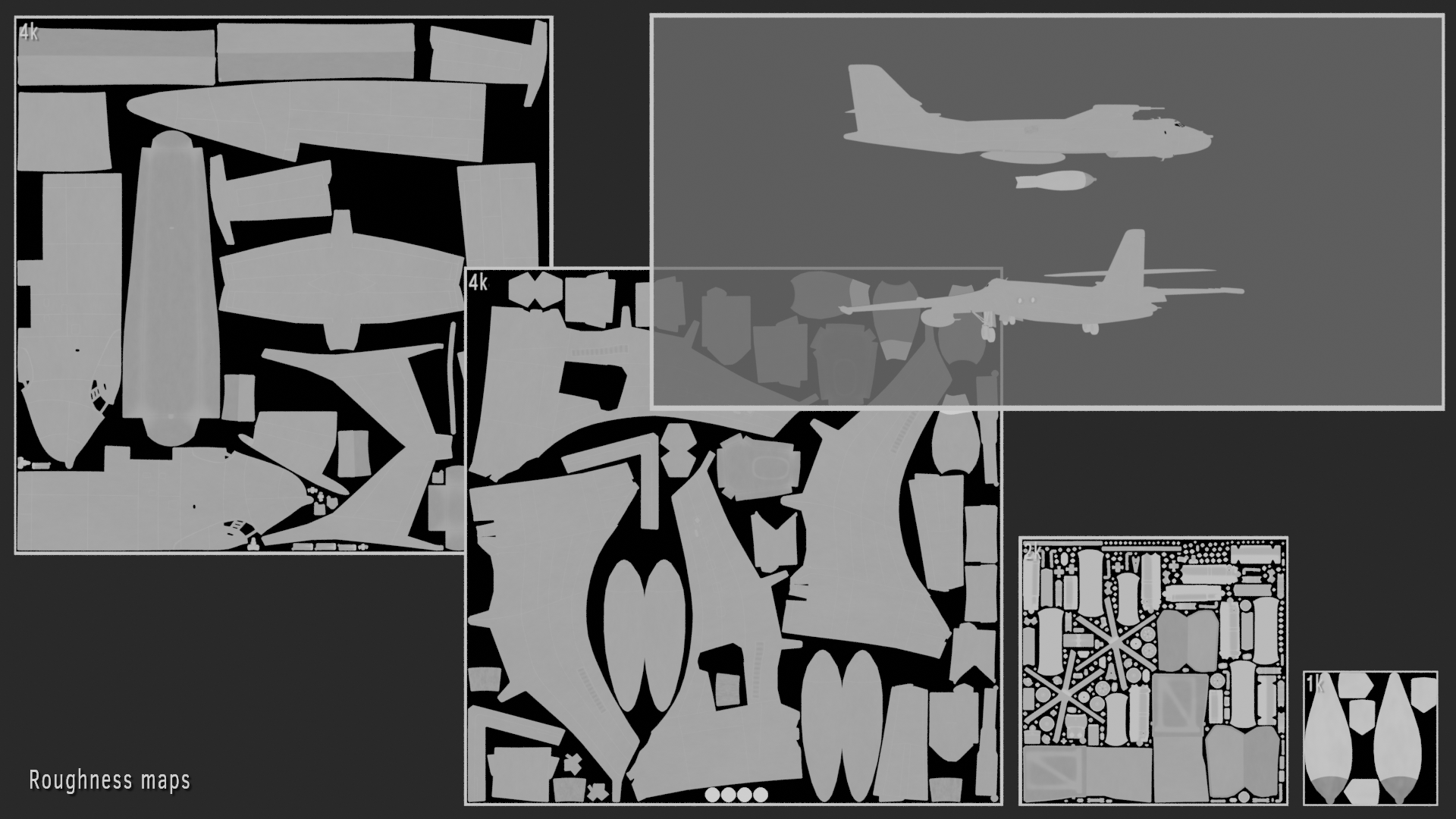 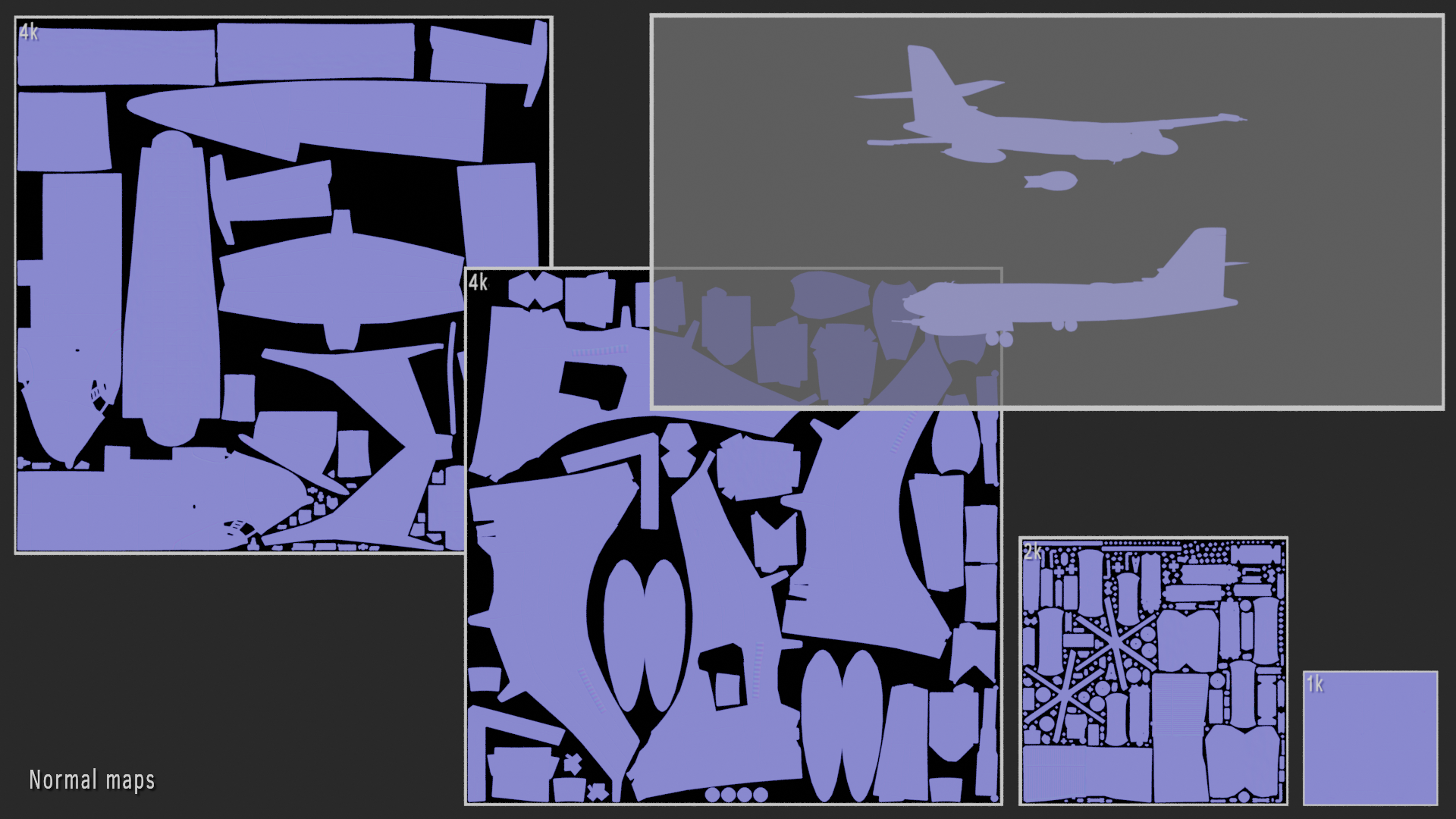 Detailed model of a Vickers Valiant B.1 strategic bomber.

The model consists of a total of 34 objects (with an additional 17 empties for rigging purposes) with a total of 732,403 vertices and 728,712 faces (with the subdivision surfaces modifiers at the recommended levels).

The model comes with fully rigged undercarriage, bomb-bay doors, and flaps, each with a single controller to operate them.  The flight control surfaces (consisting of ailerons, elevators, and rudder, are also easily animated.

Also included is a simple model of the sort of nuclear bomb the plane carried when it was operational between 1951 and 1965.

The model is fully unwrapped with non-overlapping UVs.  It uses three PBR materials - the main fuselage, wings, and undercarriage - each with five texture maps (base colour, metallic, ambient occlusion, roughness, and normal).  The texture maps for the undercarriage are all 2k, those for the wings and fuselage are 4k except the base colour map for the fuselage which is 8k (a 4k version is also included).  The bomb has its own PBR material with 1k texture maps.

The materials and textures were developed for Cycles primarily but should work fine in any render engine that uses the PBR metallic workflow.