The Infinite Surface Builder, in short, is the quickest, easiest, most customisable, low memory eating and detailed way to make walls, floors, bricks and tiles, simply by adding the procedural material to a subdivided mesh. Added to that, the controls give you the fun of experimentation to create as many surfaces as you can think of!

***The demo is recorded with version 1.0, since then, there have been many improvements up to the latest version 3.0, detailed at the bottom of the page.

The Infinite Surface Builder is like nothing else on the market; a procedural material that not only builds great looking brick and tiled walls, but with the huge amount of customisation available, can also build as many surfaces as you can think of. If it's purely a wall builder you're looking for, please take a look at one of my other shaders, The Infinite Brick Wall Builder as it's specifically designed for that exact purpose and has more specific controls. But if you're looking for a hugely capable brick and tiled wall builder with the option for infinite experimentation to create your own procedural materials as well, then this is for you! It's built for Cycles, not Eevee as the latter can't deal with such a complex node setup. It was initially built for procedural brick walls as I found using 4K RGB textures were using far too much memory and didn't scale well without repetition. This meant my scenes needed sacrifices, not as many textures as I'd like or lower subdivisions across the board; not with the Infinite Surface Builder. In most cases, the ISB will use 2/3 less memory because it's using the nodes that ship with Blender and uses mathematics instead of set colour data from RGB images. This means you've got more memory spare for more complexity within your scene without sacrifice. As you'll see from the images, using the ISB controls, a huge number of surfaces can be created. Of course there are limitations and I couldn't possibly know how many materials can be created because of the amount of customisation options. You can also drop in your own custom textures and use the ISB options on top for even more customisation. Any texture you build with the ISB will be completely seamless and will scale without repetition infinitely.

If you're new to Blender, that's perfect as you won't be searching for RGB textures, you won't need to mess around with UV's or the mapping issues and there won't be issues with setting up the displacement. And don't be intimated by the controls, you can still get the best out of The ISB because it's mostly experimentation with the controls. Sliding sliders about, changing a few values, that's all the input required so you can see changes very fast just by moving a slider. 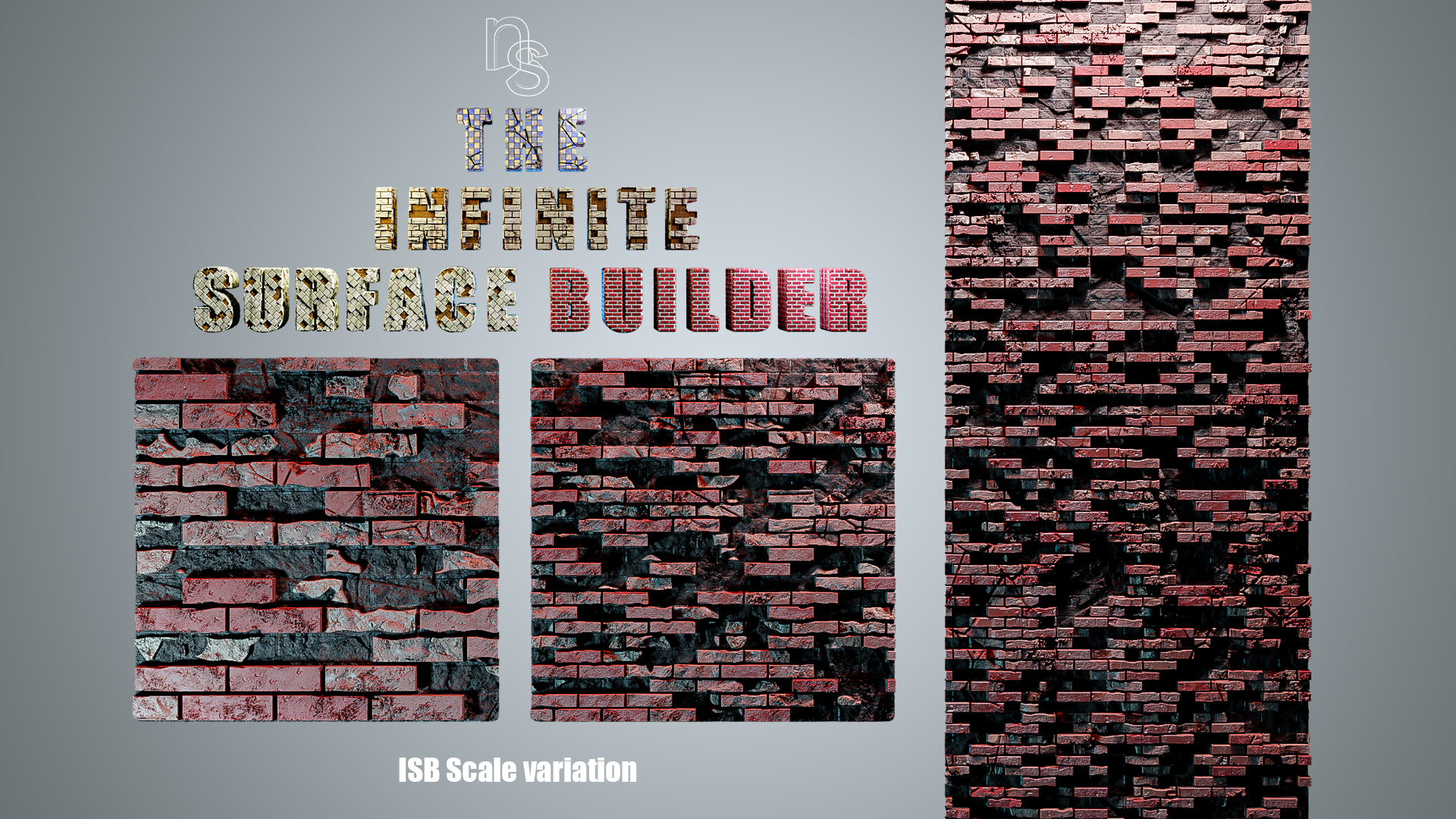 The above image of a corroded brick wall and its scale variations was created by the ISB and the below image is using the ISB controls to mimic a 4K RGB texture. 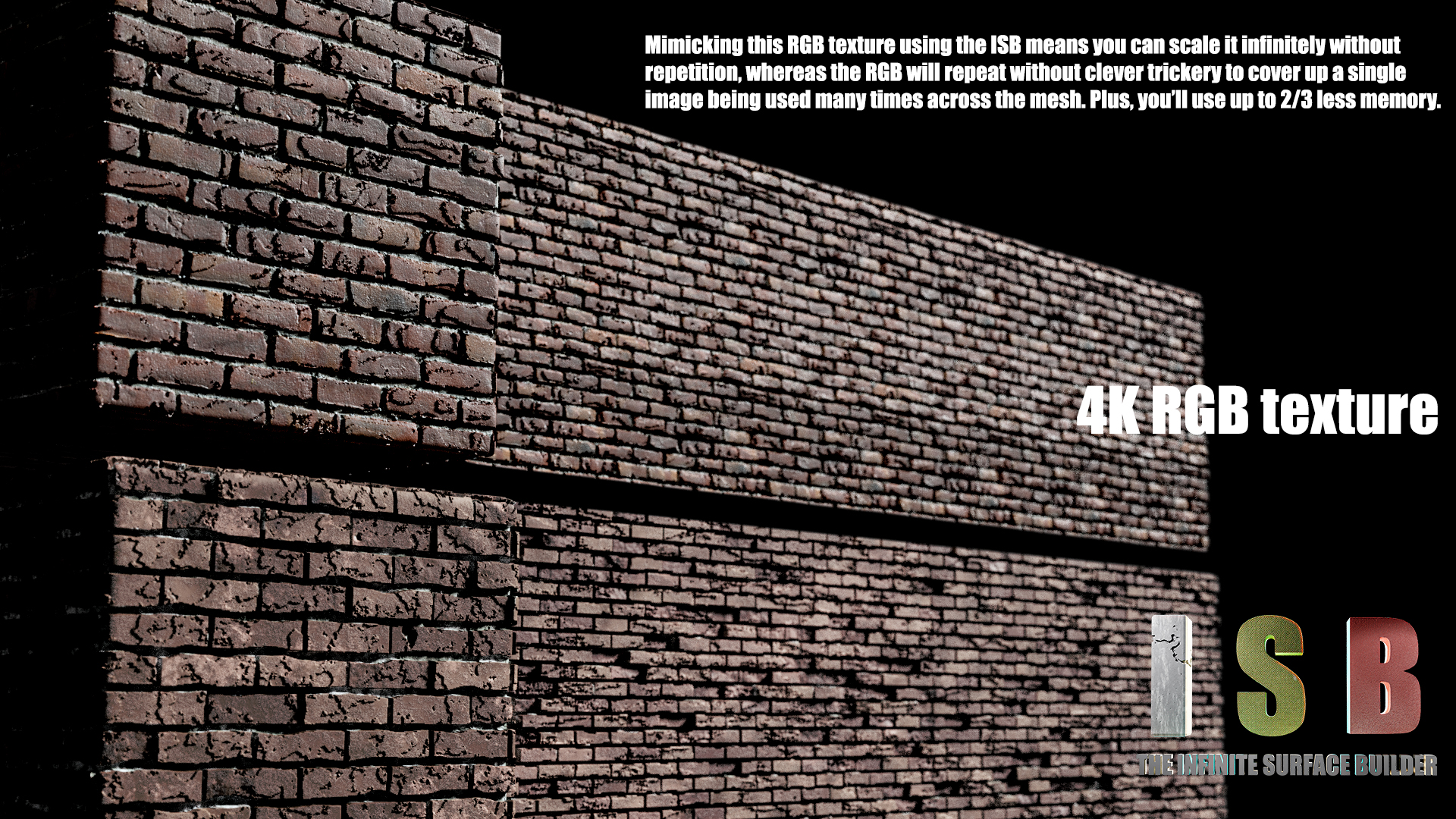 It's not just brick, rock and tiled surfaces you can create, with all of the settings, sliders and customisation options available many more surfaces can be created. Here's a few I could think of, more materials are in the gallery above and I have no doubt that many, many more can be created with the ISB! 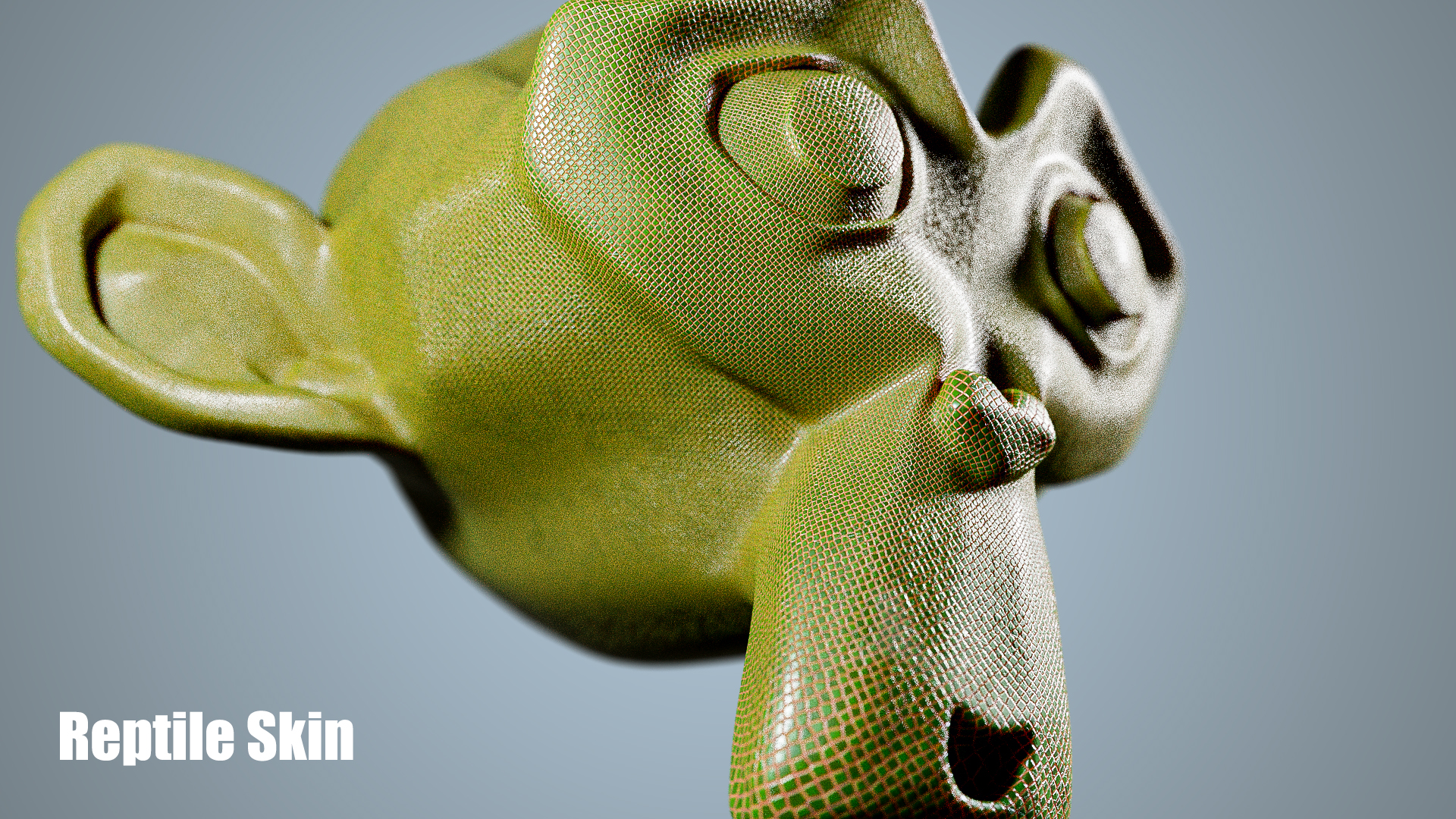 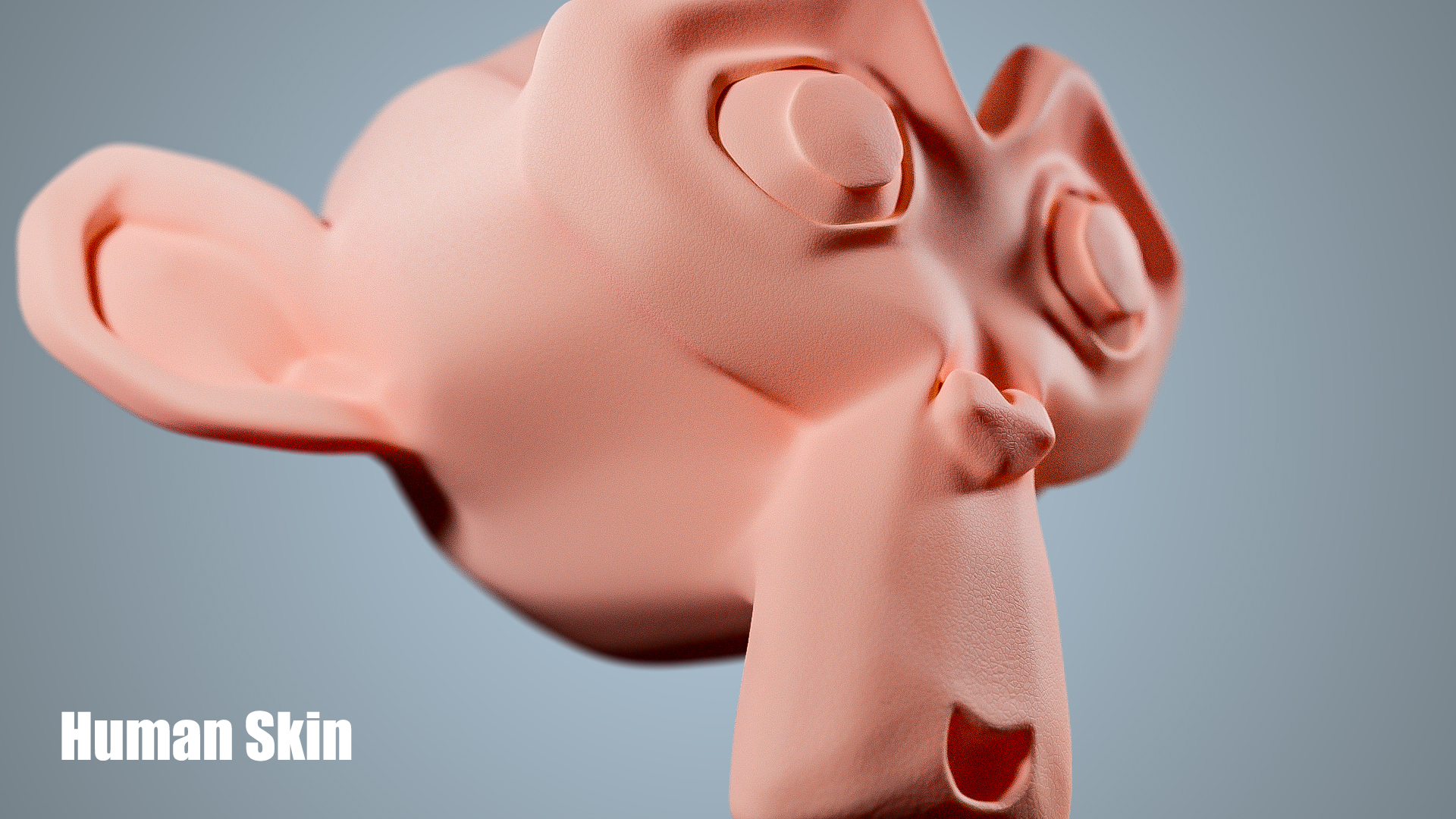 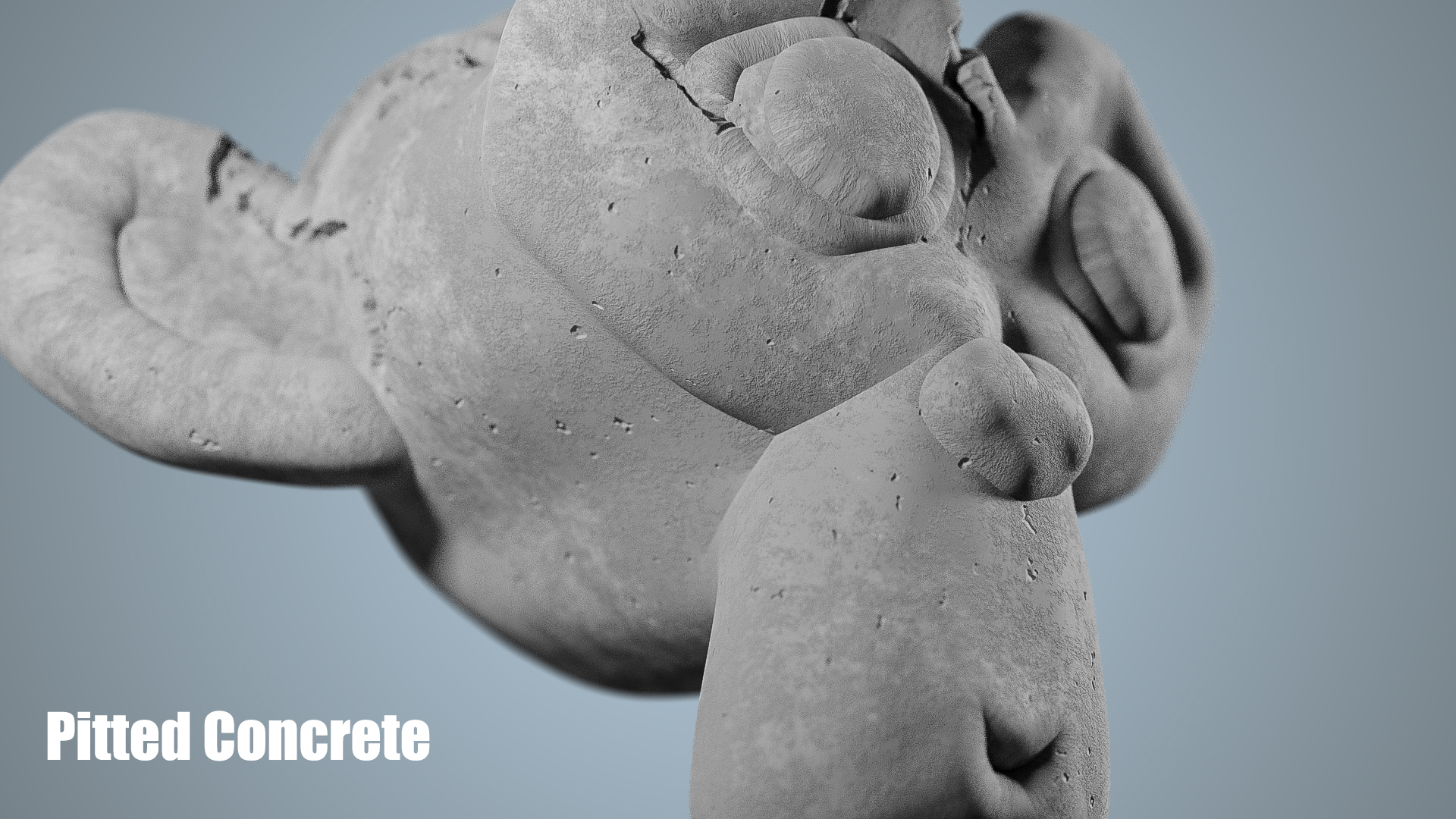 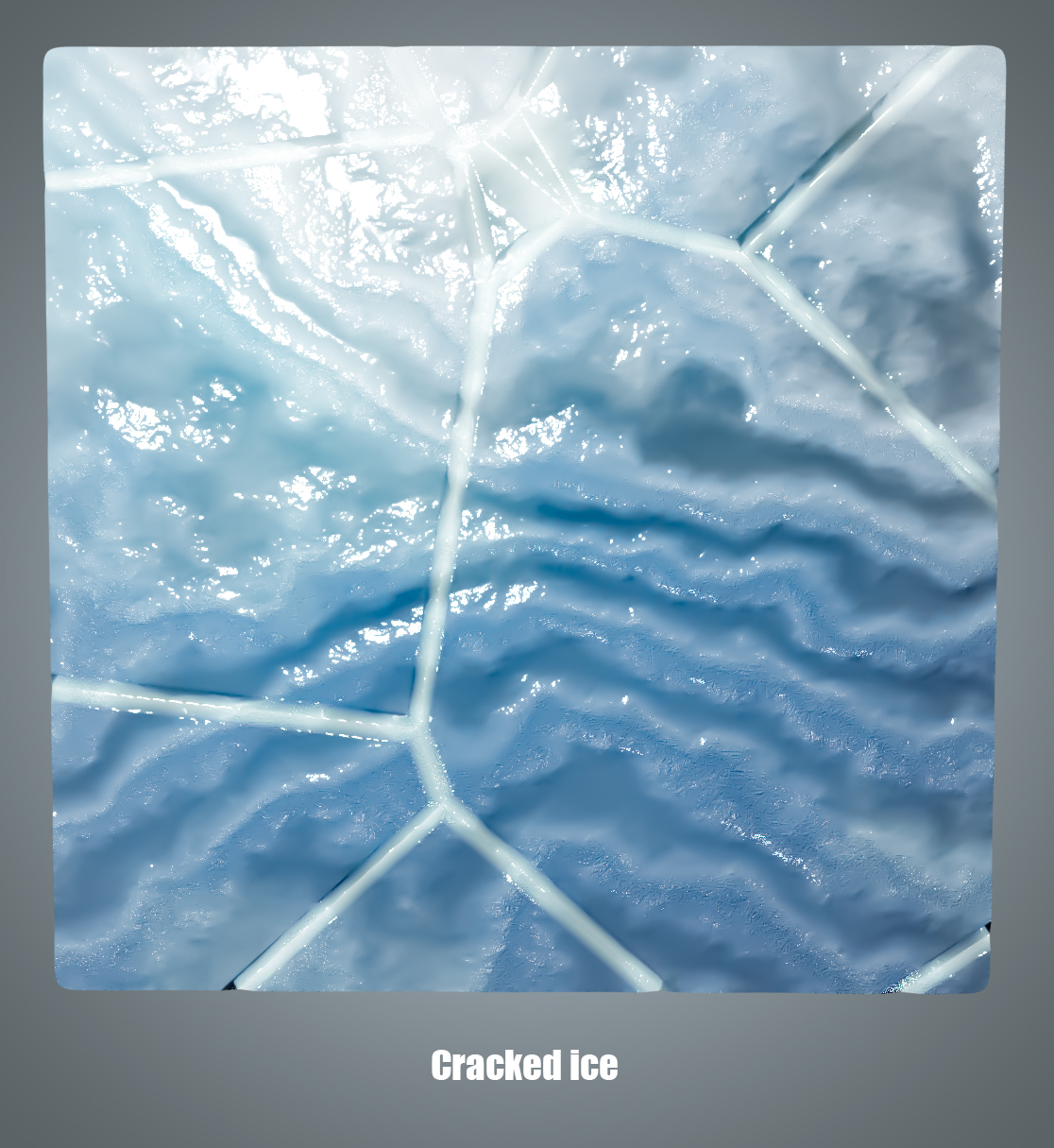 The Infinite Surface Builder controls are located in the Blender's shader editor. Drop the shader onto your mesh and head over to the shader editor to make your changes, they're very simple to use. Everything is clearly labelled and the 11 part tutorial series covers everything, along with a pdf manual with many visual examples; the link for the tutorials is below, though they're also a great way to see what the ISB does in detail! There's no reason why you can't just put the material on, put in some random numbers and shift a few sliders and you'll have a custom surface!

I've finally finished updating the ISB to version 3 and as I mentioned in my previous email, it does mostly all of the same things version 2.2 did, but now it does even more and it does it better and more efficiently.

Rather than me detail every single point, it's a lot easier and recommended to have a look through the 4-page manual, it'll take all of 2 minutes and there are some important notes in there about certain new functions. I'll outline the main points below. 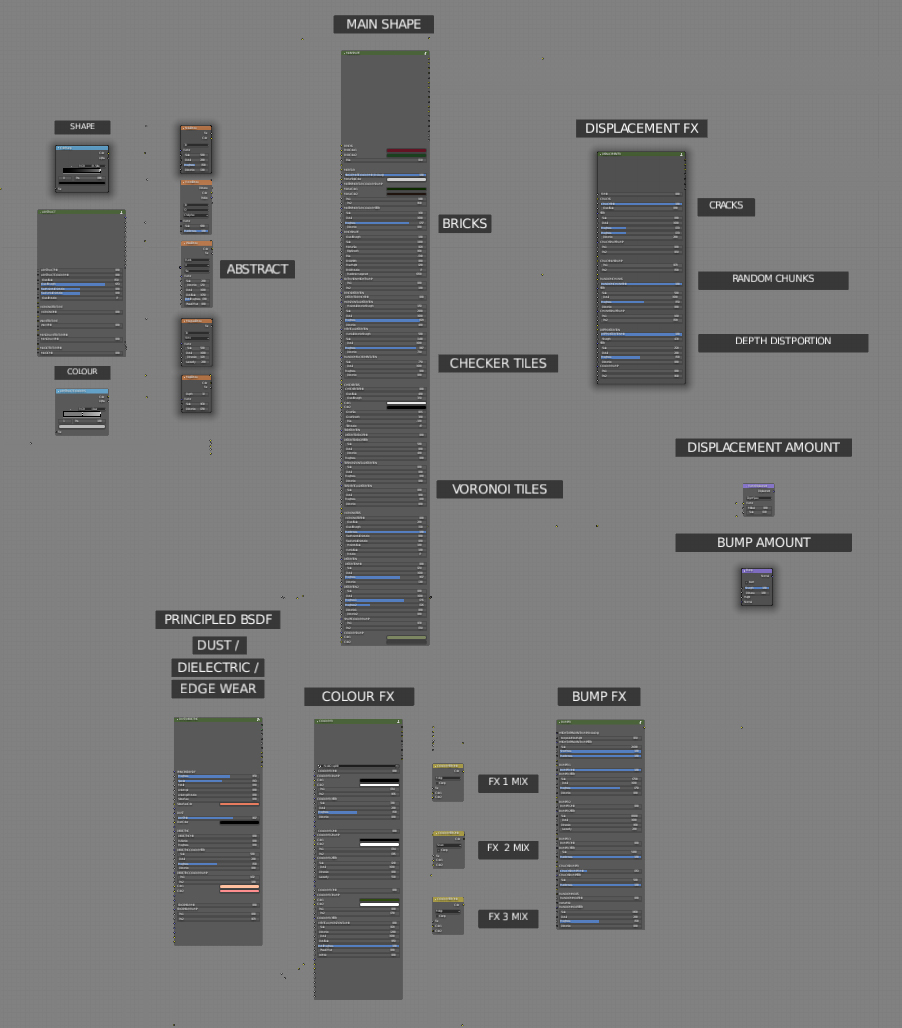 Obviously, it's very different from the previous iteration, but I hope you'll agree it's easier and more fun to use. The brick and tiled walls in particular are a huge step up from version 2.2 as, with the change of displacement the ISB now uses and a few more tricks I've picked up along the way, there is now far greater control of the shape. Plus, I'm really enjoying the abstract controls. I was very surprised when I applied it to Suzanne, I'm yet to see what it does with other complex shapes.

As usual, I've gone through it all with a fine tooth comb to iron out any kinks I found along the way, but because of the complexity of the set up, and the fact that pretty much everything affects everything else, certain permutations of various controls may produce a result I haven't seen yet. In which case, please let me know and I'll get straight on it.

The older version of The ISB will remain until the end of this month and then it'll be removed, so if you have reason to keep it, make sure you grab it before October.  I've put the latest version and it's manual into the downloads, so grab it when you can.

Please let me know what you think, it's incredibly useful to me to understand how people get on with it for future updates.

I hope you have fun with it!