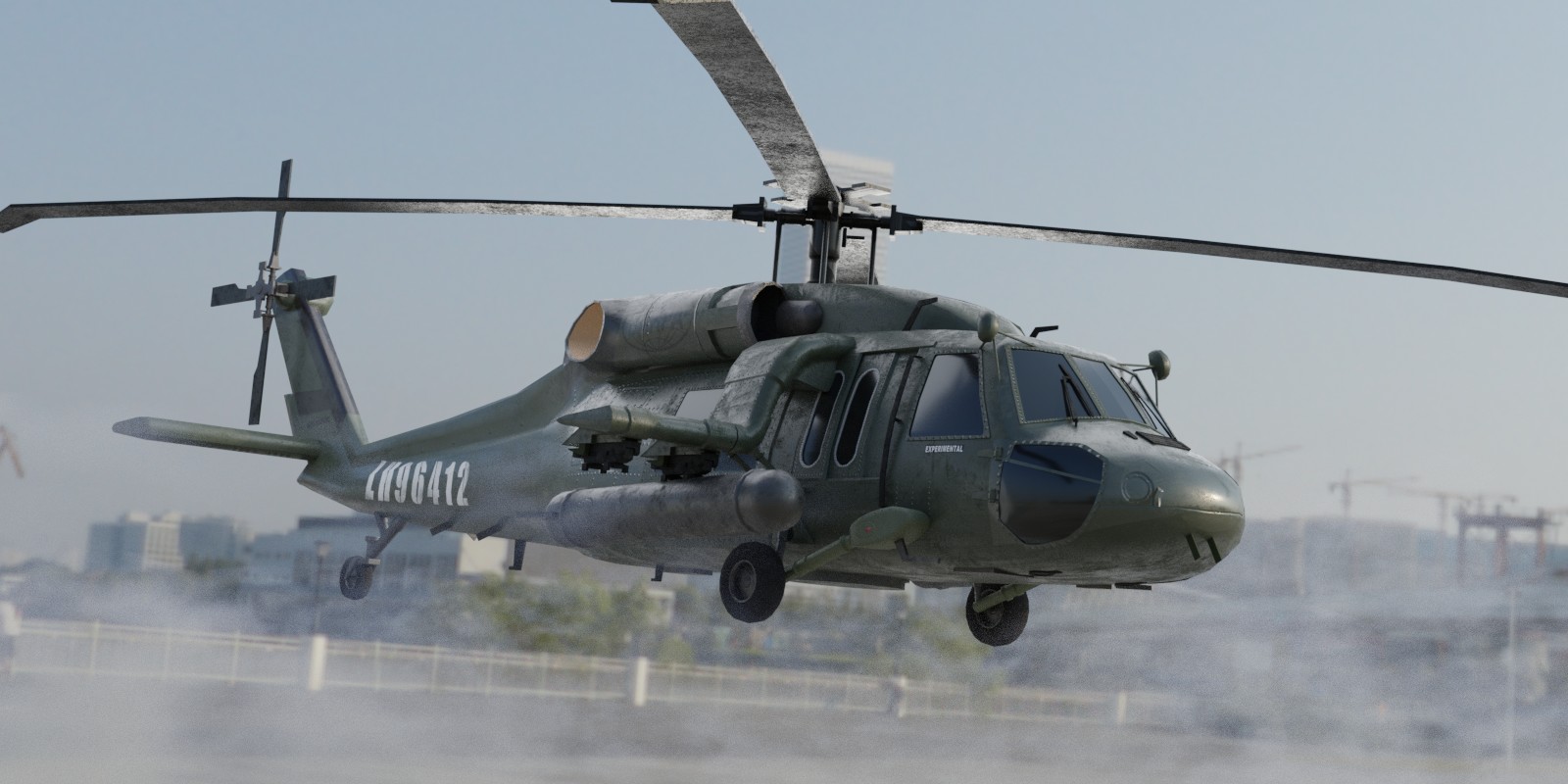 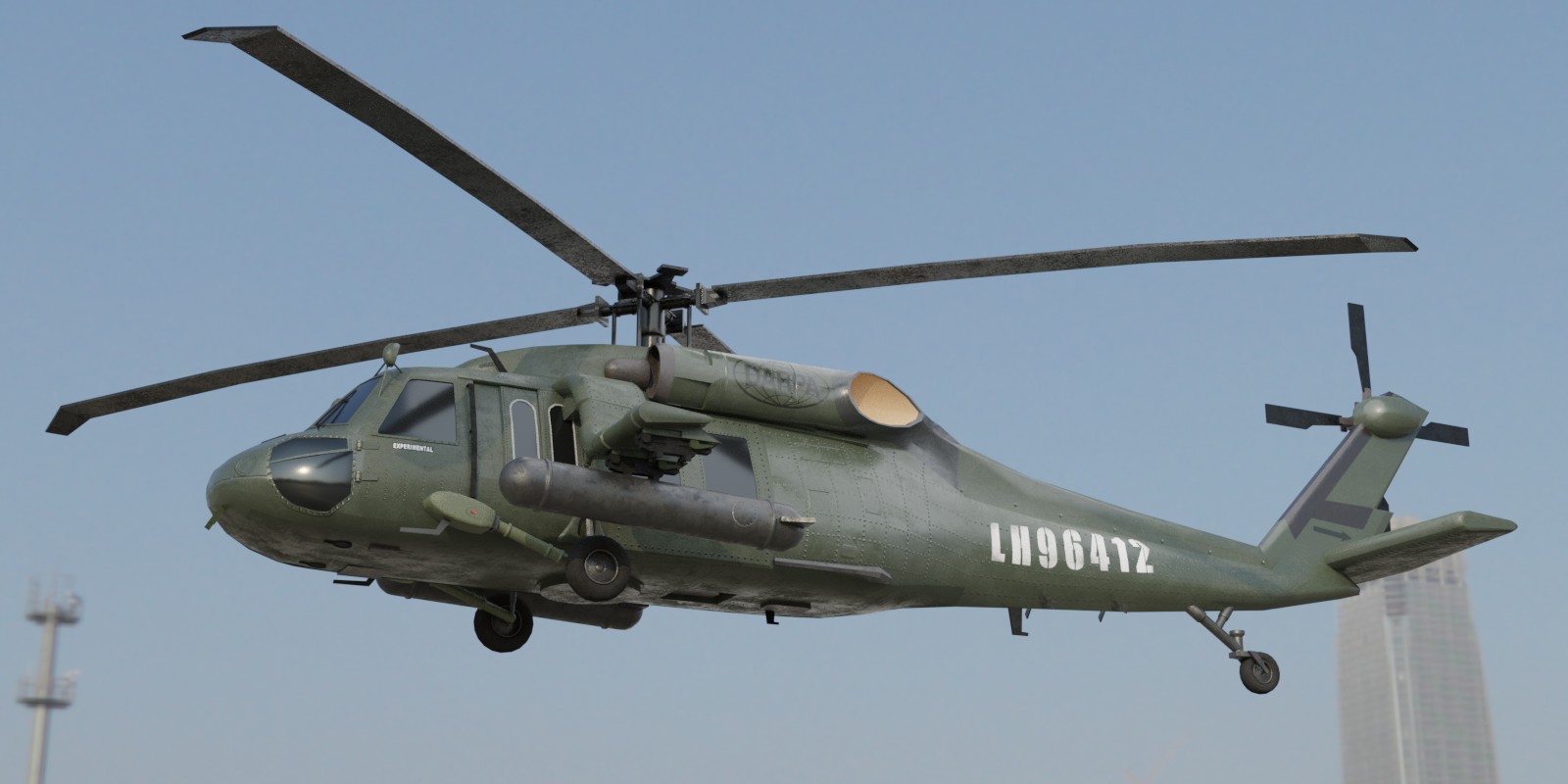 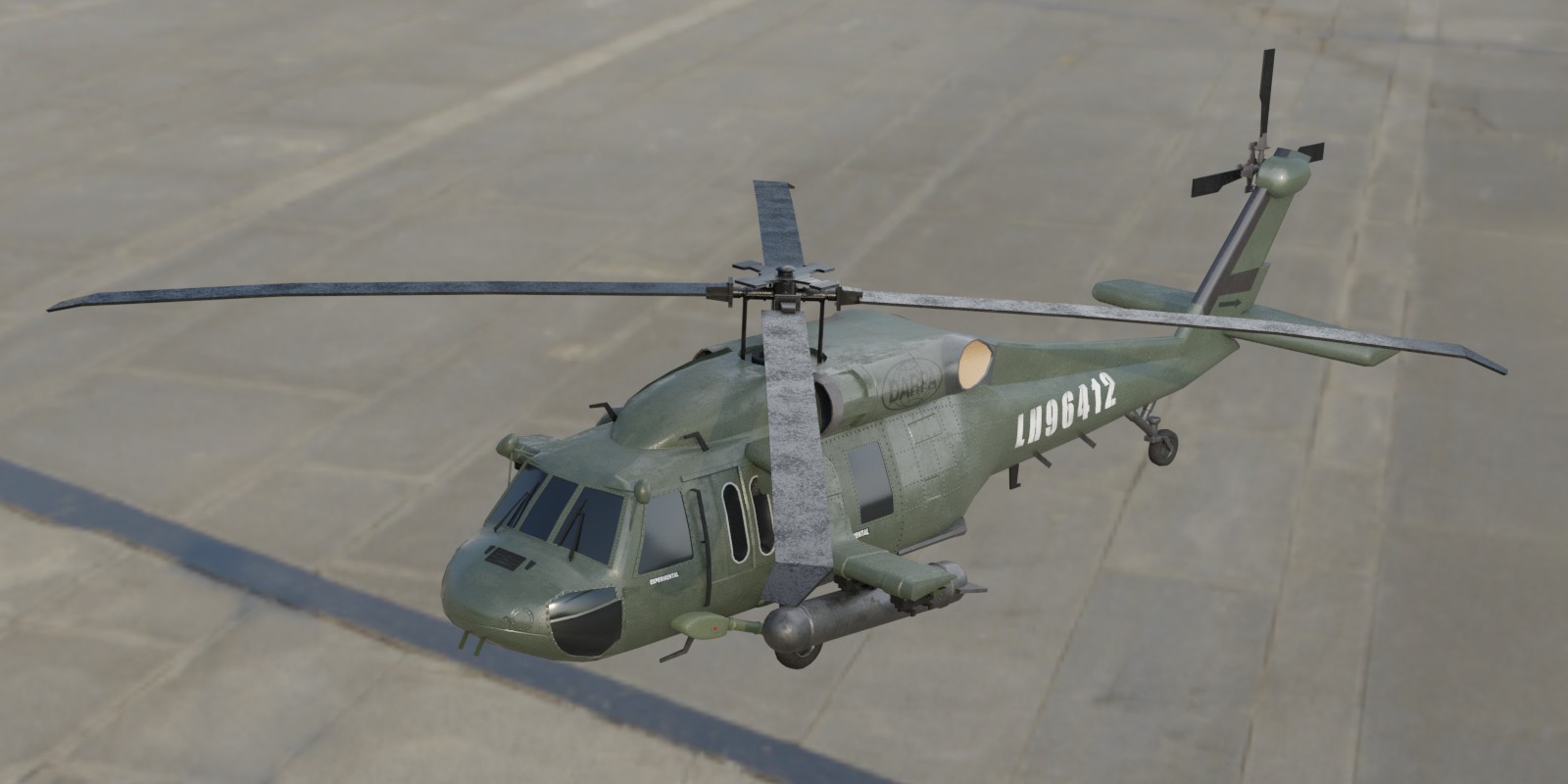 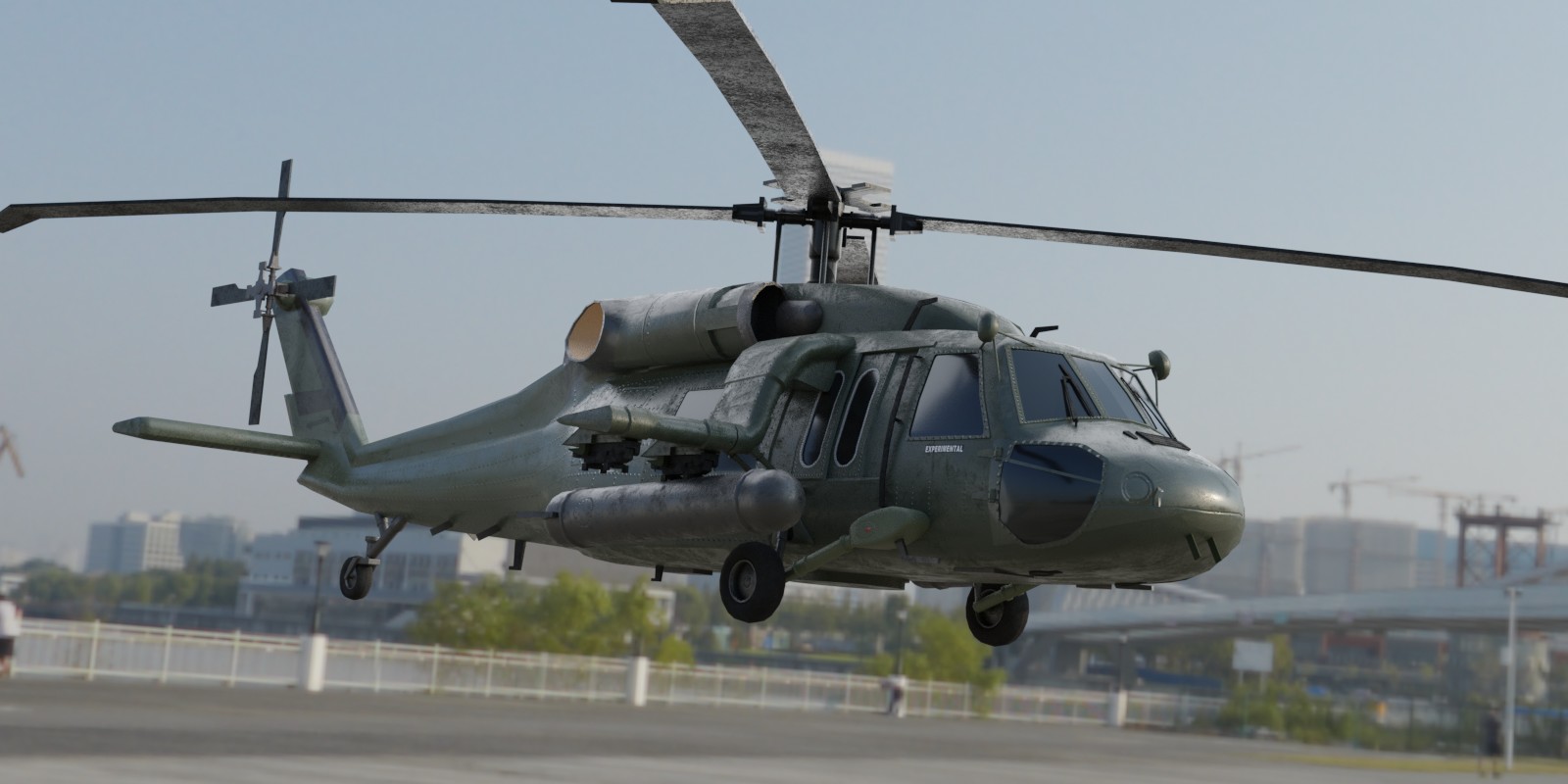 The Sikorsky S-70 is a medium transport/utility helicopter manufactured by The Sikorsky Aircraft Corporation of the United States. It was originally developed for the U.S. Army in the 1970s and won a bid to become the UH-60 Black Hawk. Several variants of the UH-60 were subsequently developed, with the S-70 being the civilian version and some military versions. We also see it frequently in war games and movies.

The model includes a simple takeoff and landing animation and smoke effects .
Both propellers and wheels can be used for animation

Rendering have been adjusted both with EEVEE and CYCLE

Thanks for all your support ! 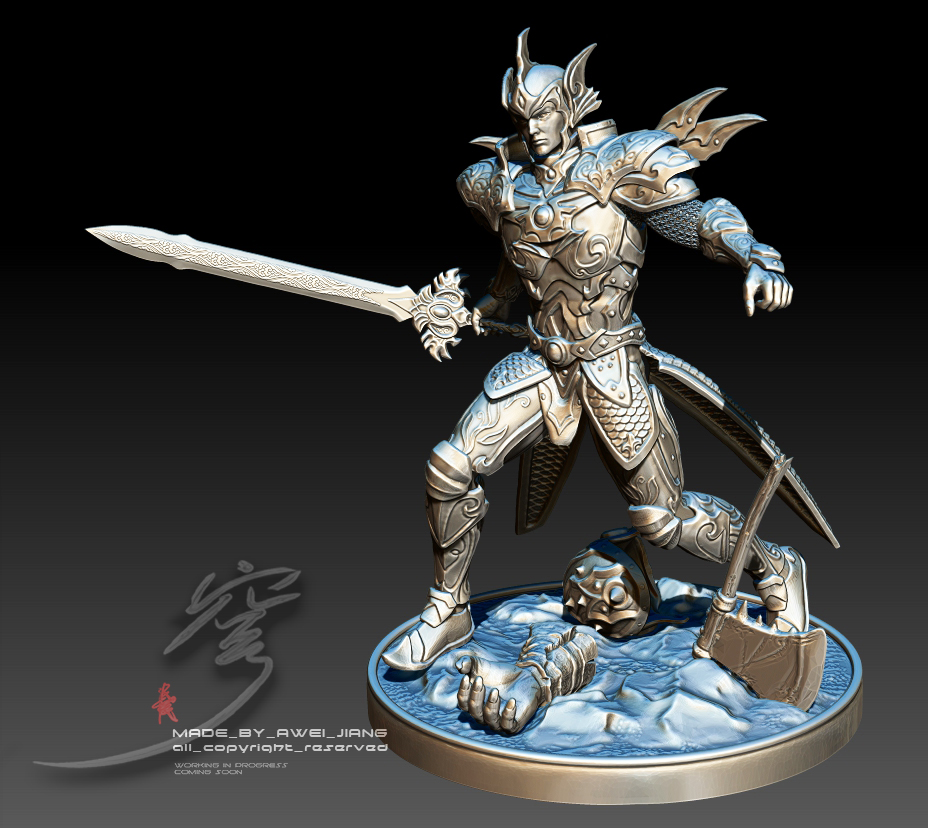