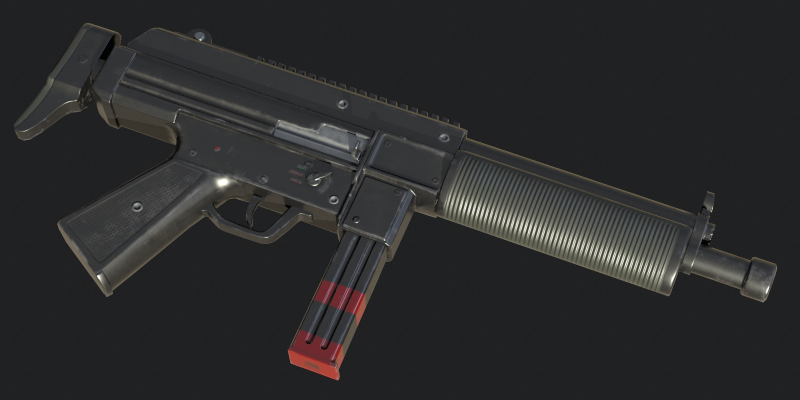 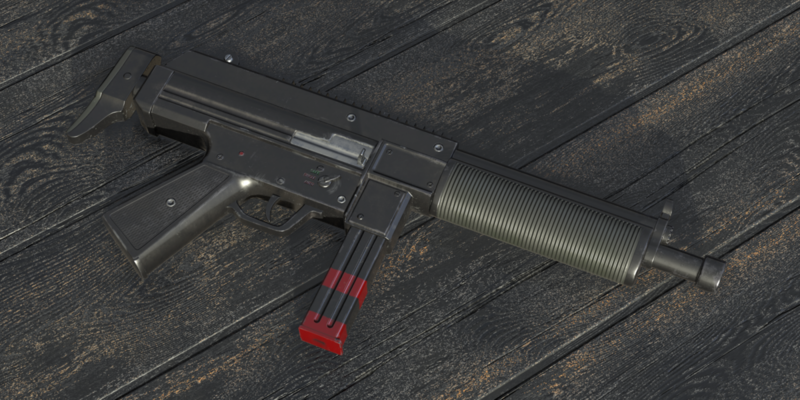 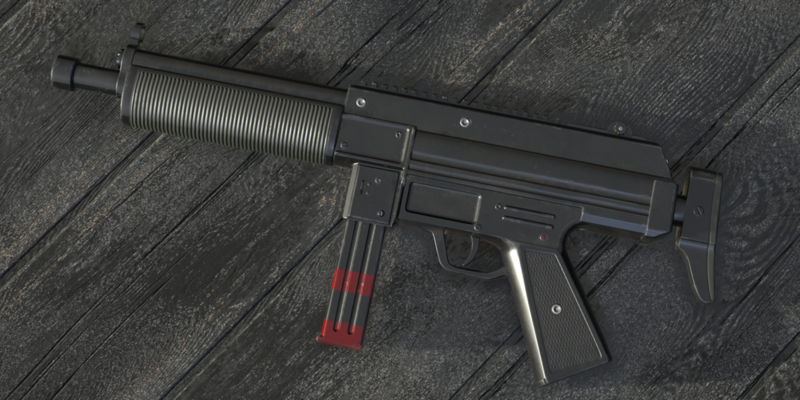 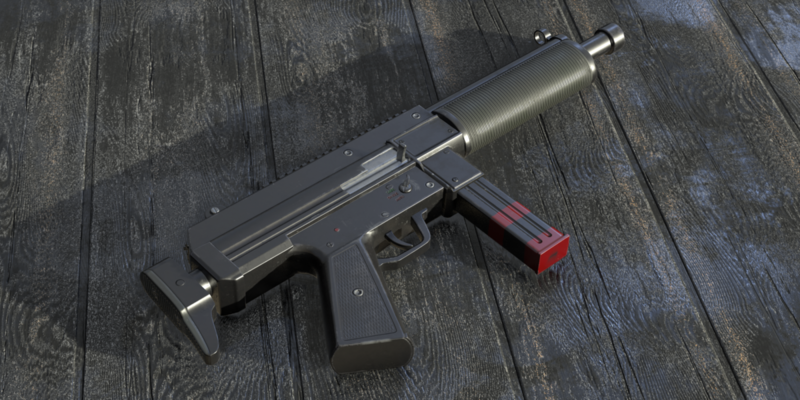 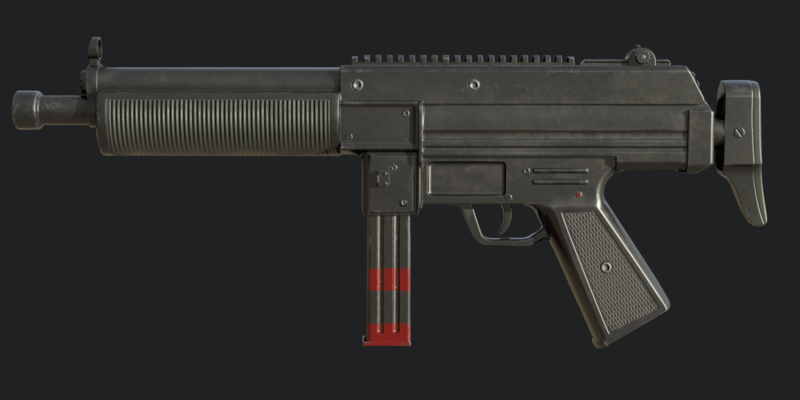 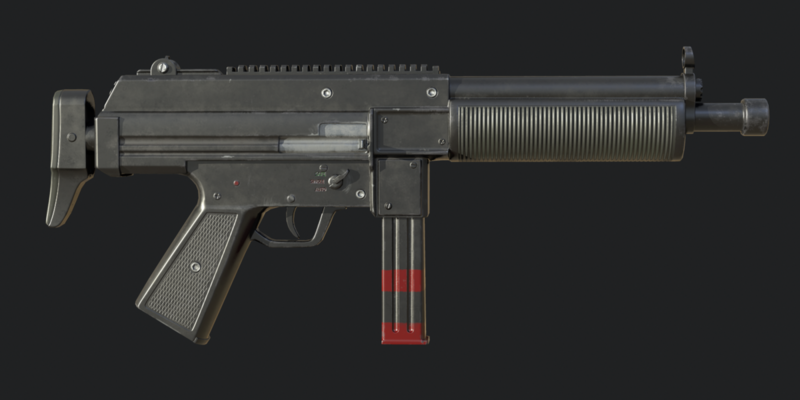 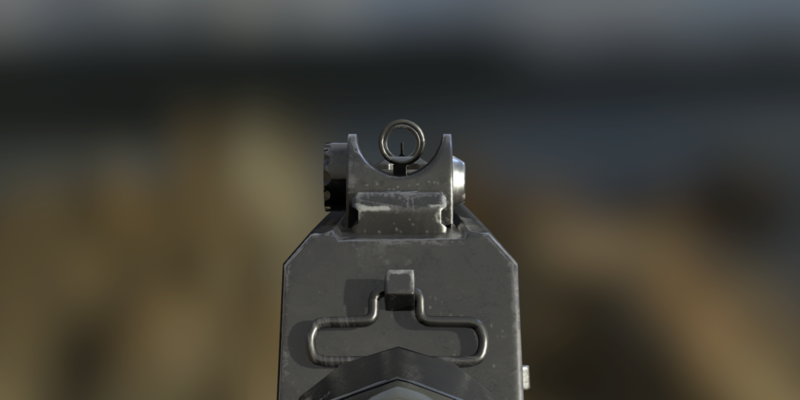 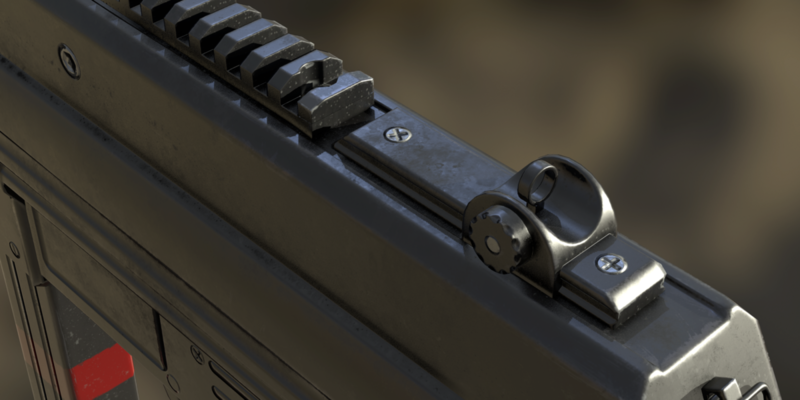 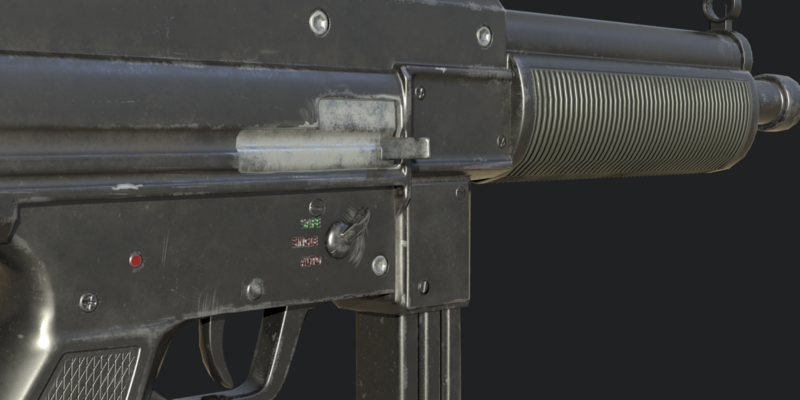 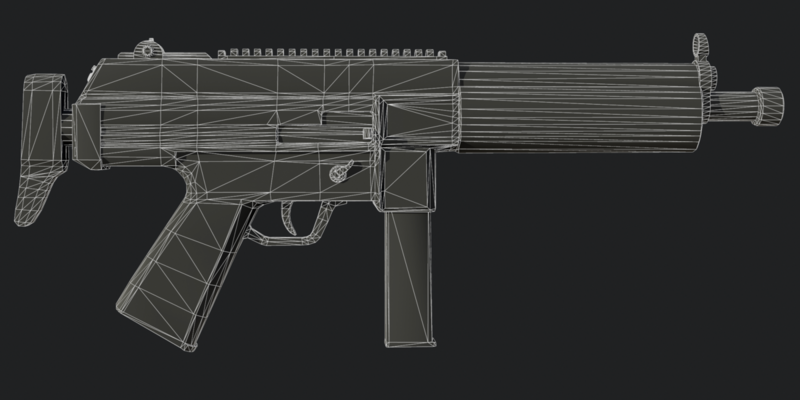 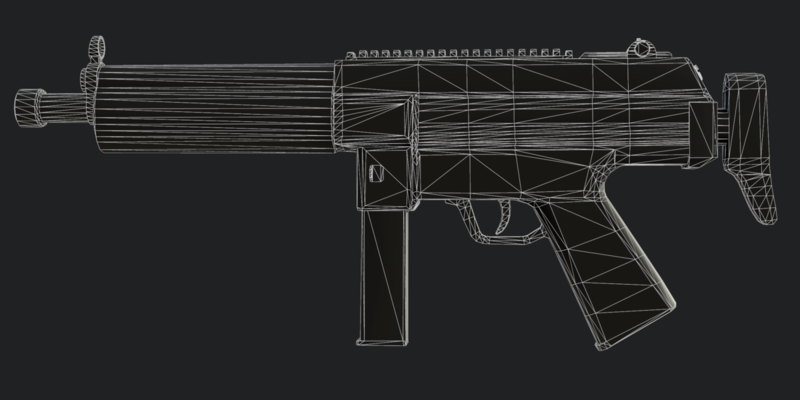 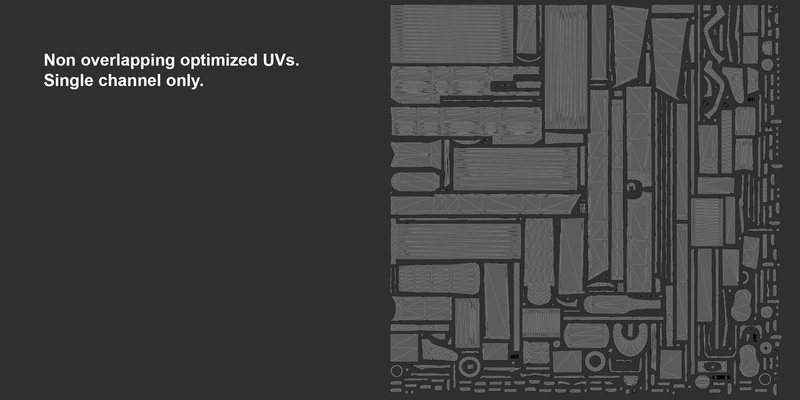 This is an original concept I created and not any real-world product. Therefore this can be used in games without having to worry about licenses for gun manufacturers.

Cocking handle part is modeled as separate mesh piece and can be animated.

Unreal Engine 4 .uasset files are included and ready to be used. These can be dropped directly to your project. This is a fully game ready model.

PBR textures are created using Metal-Rough workflow. Base Colour, Normal, Roughness, Metalness and AO maps are included. Normal maps are in both directx and OpenGL format.

Preview renders are made using Marmoset Toolbag 2 and Unreal Engine 4.