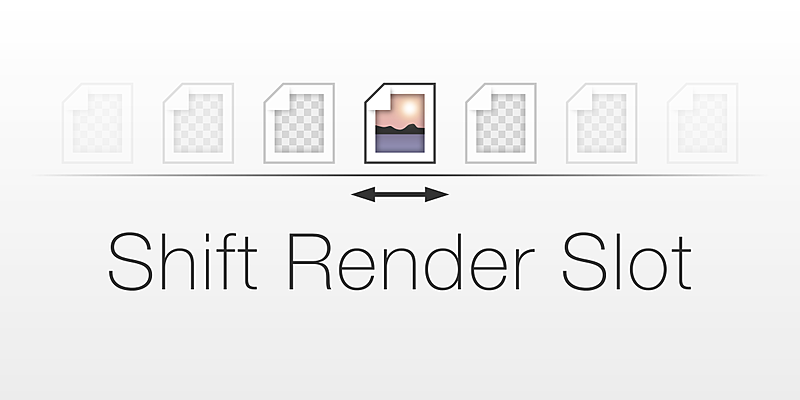 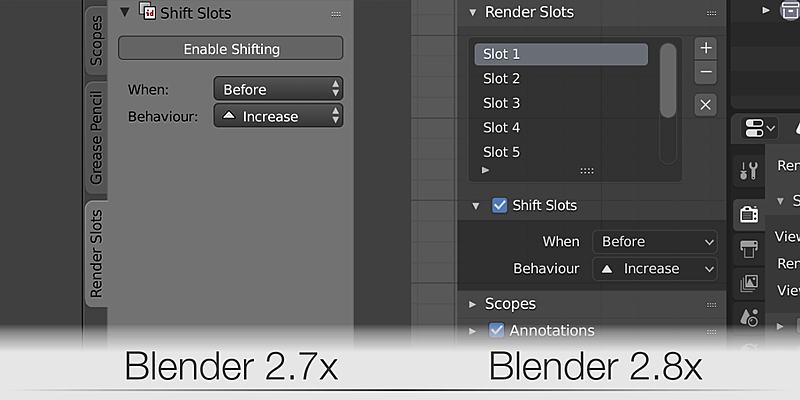 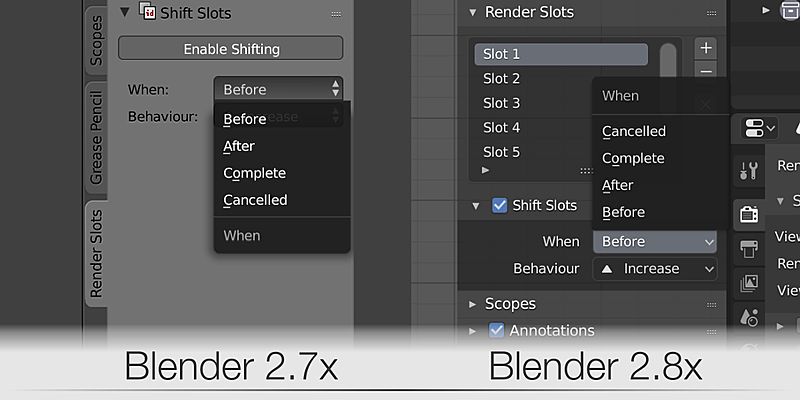 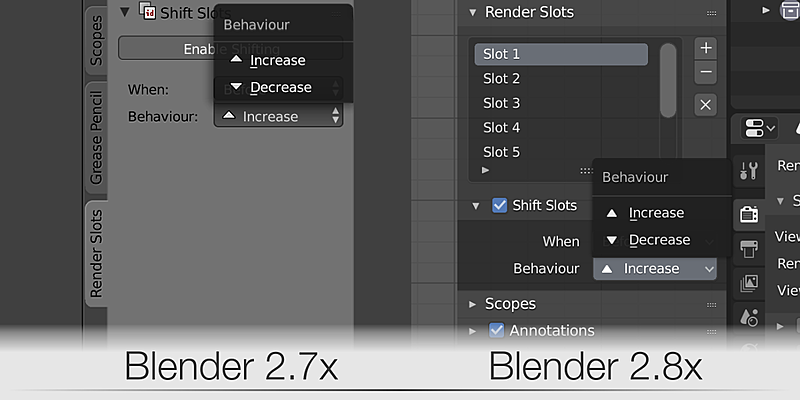 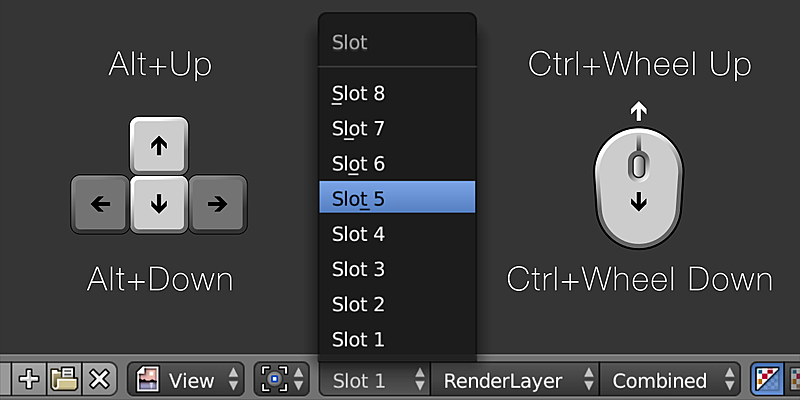 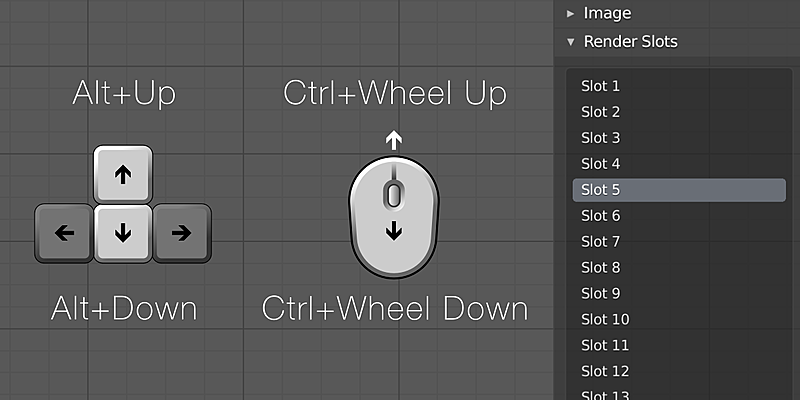 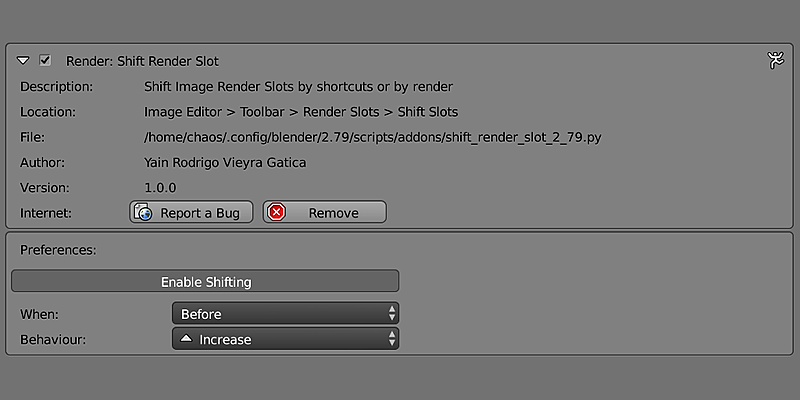 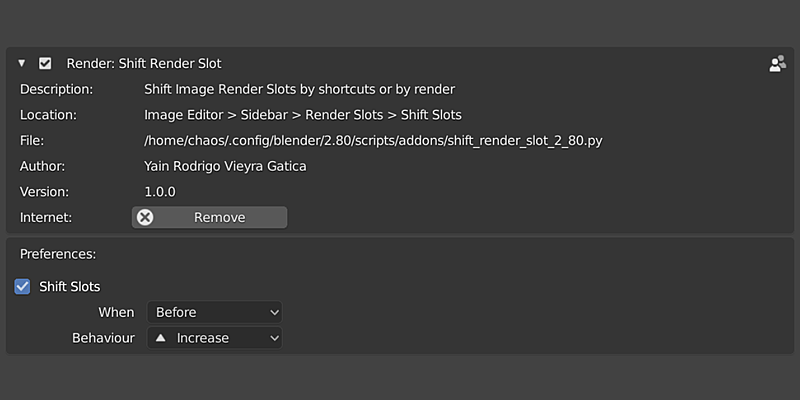 Its purpose is to automatically shift the Render Slots when taking multiple shots, or when doing test renders and comparing the results.

Often you need new renders not to overwrite previous ones, or you just forget to shift the slots before rendering, resulting in the loss of the last rendered image. This addon makes it easier for your workflow since it will automatically take care of that step. 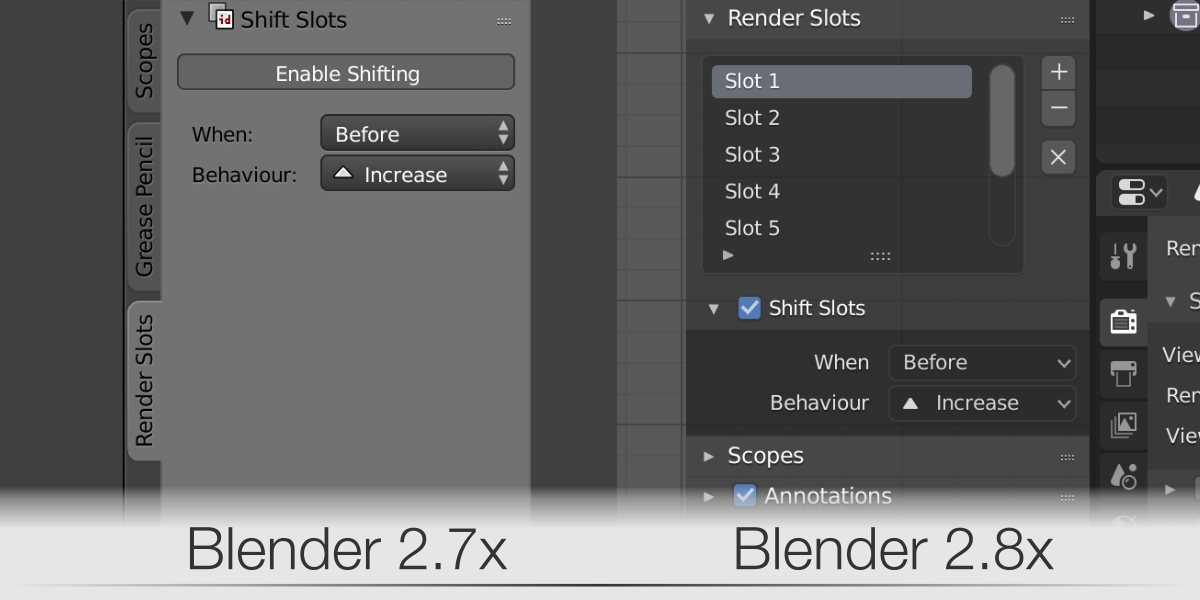 The Shift Render Slot UI in the UV/Image Editor context

- Before (Before the render job begins)

- After (After the render job ends)

- Complete (When the render is complete)

- Cancelled (When the render is cancelled) 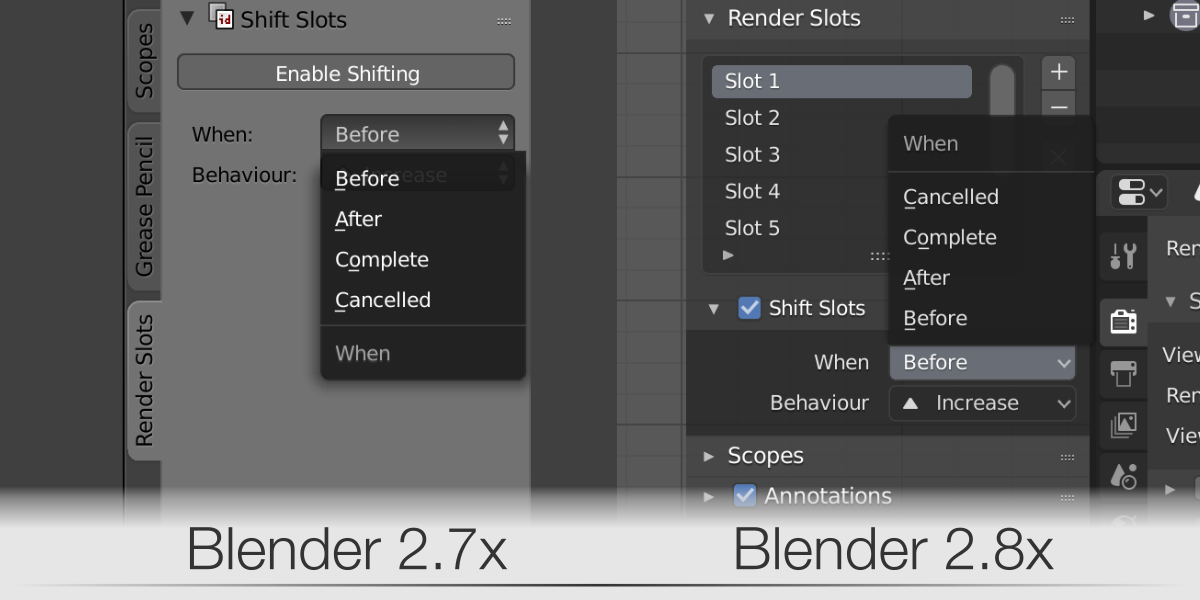 Select among different render events to trigger the shift

- Increase (Shift to next Render Slot) 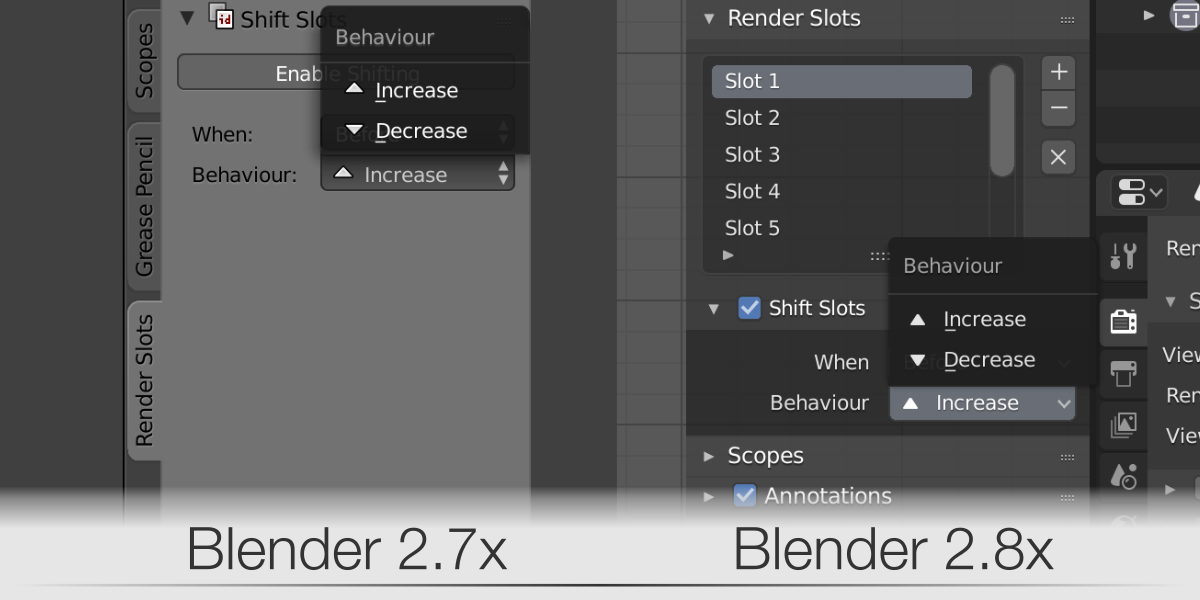 Select between an increasing or decreasing direction to shift 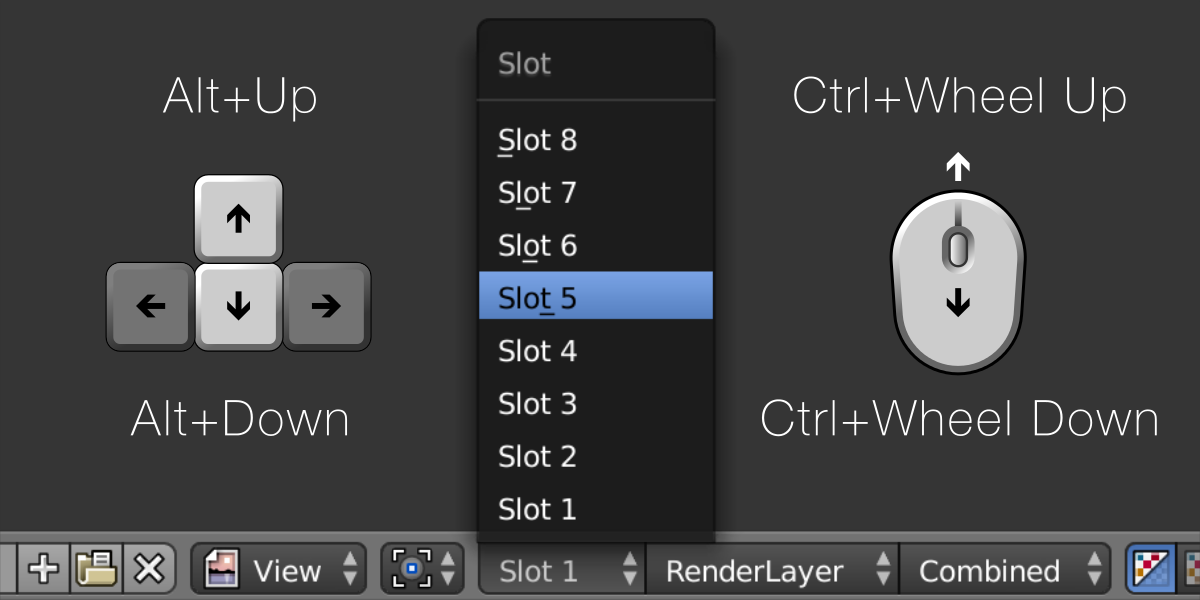 Use of shortcuts in Blender 2.79 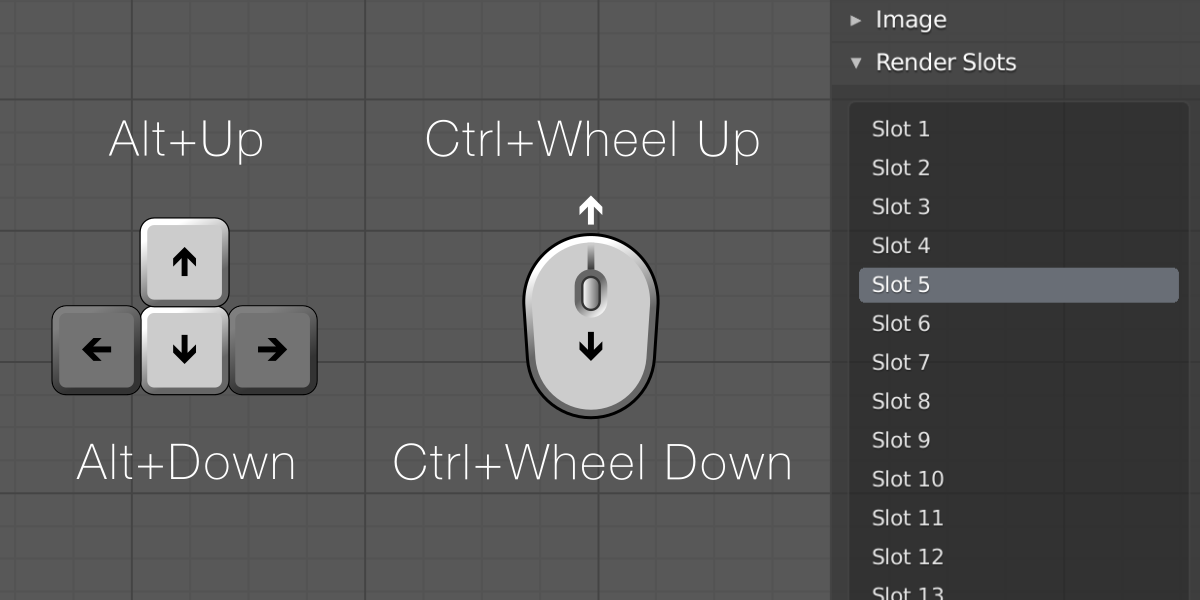 Use of shortcuts in Blender 2.8x