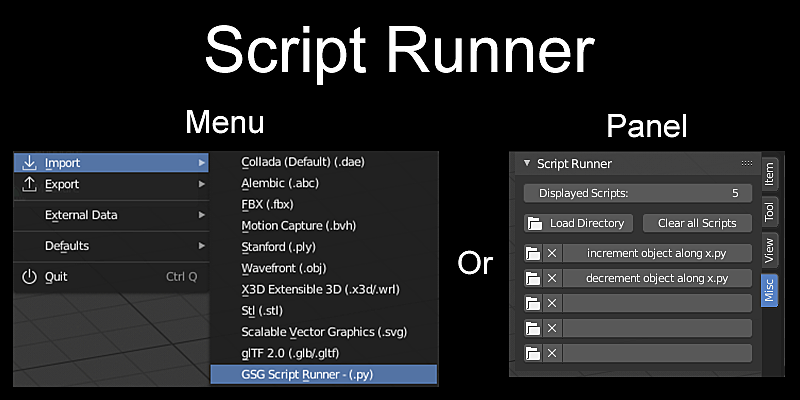 ‘Script Runner’ allows you to run multiple python scripts, at the push of a button, without first loading them into Blender's limited text editor.

This has three main benefits: