CURRENTLY, THERE ARE BUILDS FOR WINDOWS 10 AND UBUNTU (BOTH 64 BITS) AVAILABLE. IF YOU WANT TO BUY B-RENDERON BUT ARE ON A DIFFERENT PLATFORM/LINUX DISTRIBUTION, PLEASE CHECK WITH ME VIA P.M. FIRST. THANKS.


Why I created it?

I work every day at a small animation studio, using Blender (among other software), and then I come home and use Blender some more for personal projects. Both at my job and at home, I found that I, and the other animators I work with, were relying more and more on command line scripts to render, both because of performance improvement (i.e. less memory consumption, less rendering-crashes with some addons, and generally faster renders) and because we often times need to leave multiple blend files to render overnight or over the weekend.

But writing command line scripts can be quite tedious and error prone (typing errors are often times lead to a render missed). That's why I developed B-Renderon, a standalone program with a nice and handy graphical interface to render multiple blend files from command line, without bothering with (or even seeing, unless you want to) the command line.

While developing it, several ideas came to mind to expand and improve upon it, and it ended up being something definitely cooler and more useful than I had envisioned.

Who can benefit from it?

In my opinion, pretty much everyone using Blender on the supported platforms, and making renders with it, would benefit from using B-Renderon. In my experience, once you have adopted a tool like B-Renderon in your rendering workflow, it ranges from being handy to feeling irreplaceable, depending on the projects you are dealing with. Simply dragging and dropping a bunch of blends onto B-Renderon, hitting render, and coming the next day to see them all rendered is just satisfying. And the flexibility of being able to easily batch render blends scenes or different blends with different blender versions, or to quickly set up different frame ranges and render them, to name a few, turns tedious processes into a breeze.

*This doesn't mean resuming a particular FRAME rendering where it left, but starting over the last unfinished one, without manually fiddling with the frame range or frames list. 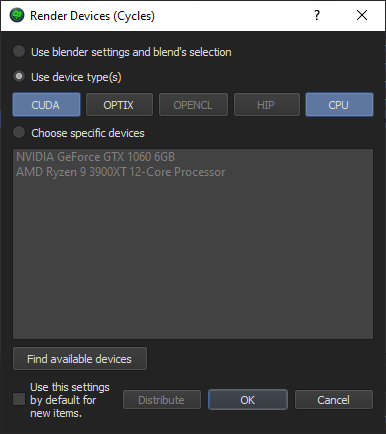 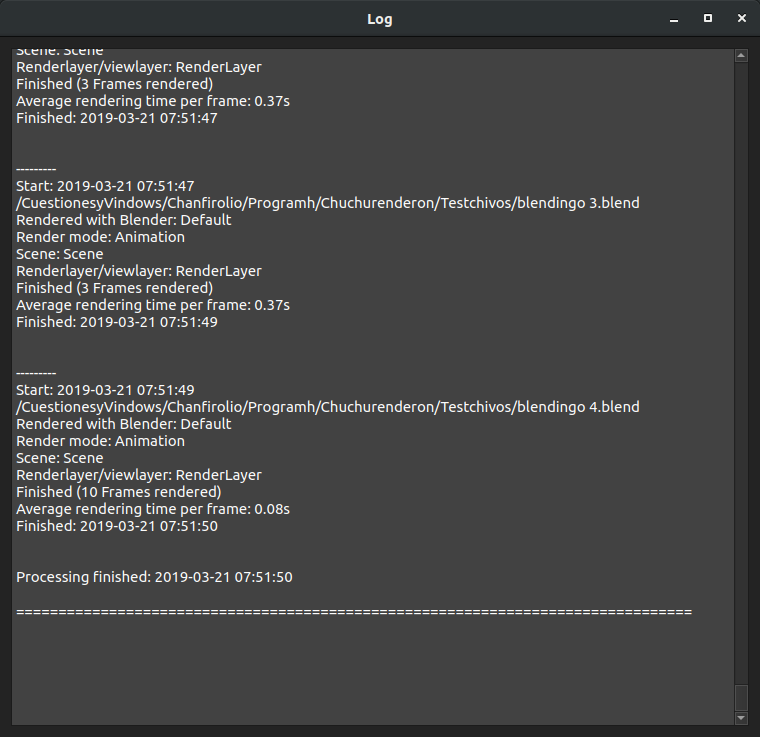 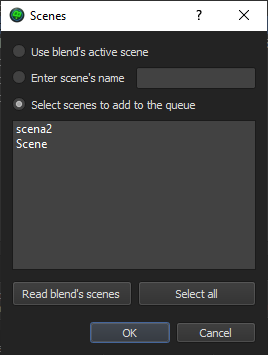 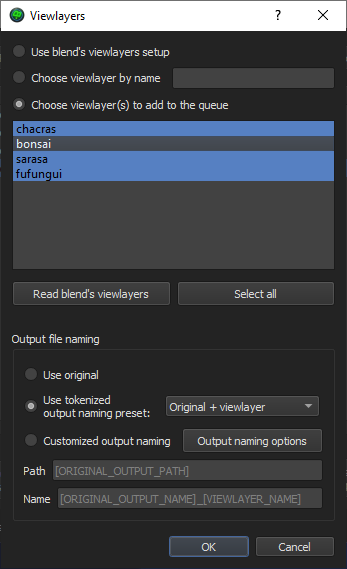 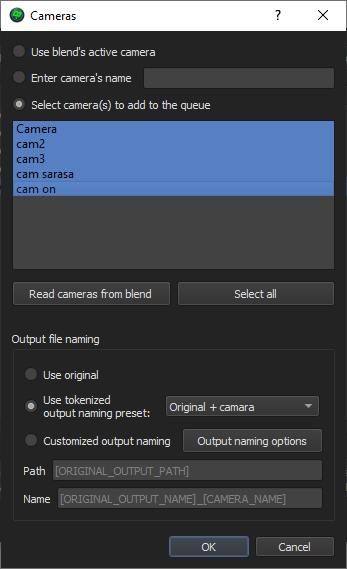 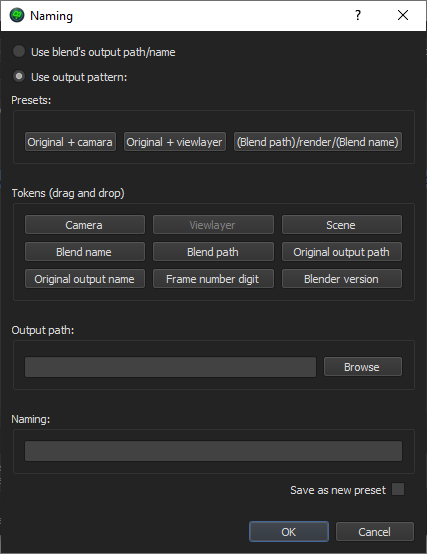 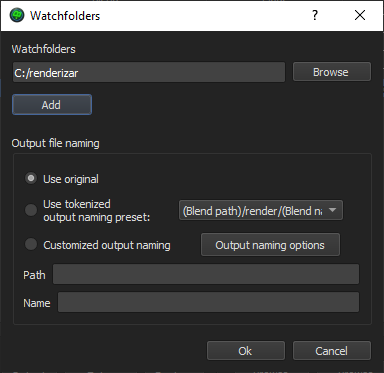 How does it work?

B-Renderon doesn’t actually open your blend files*. It just manages the settings and parameters that you set up throughitss interface, and, when you hit “Render”, it starts spawning background blender instances, with the settings you choose as command line arguments, waiting for each of them to finish before starting the next one. During rendering, it extracts useful info from blender’s live log for storing in B-Renderon’s log and to know the amount of frames rendered so far at every moment.

Notice that, since the actual rendering is done by Blender, you need to have it in your computer in order to render. 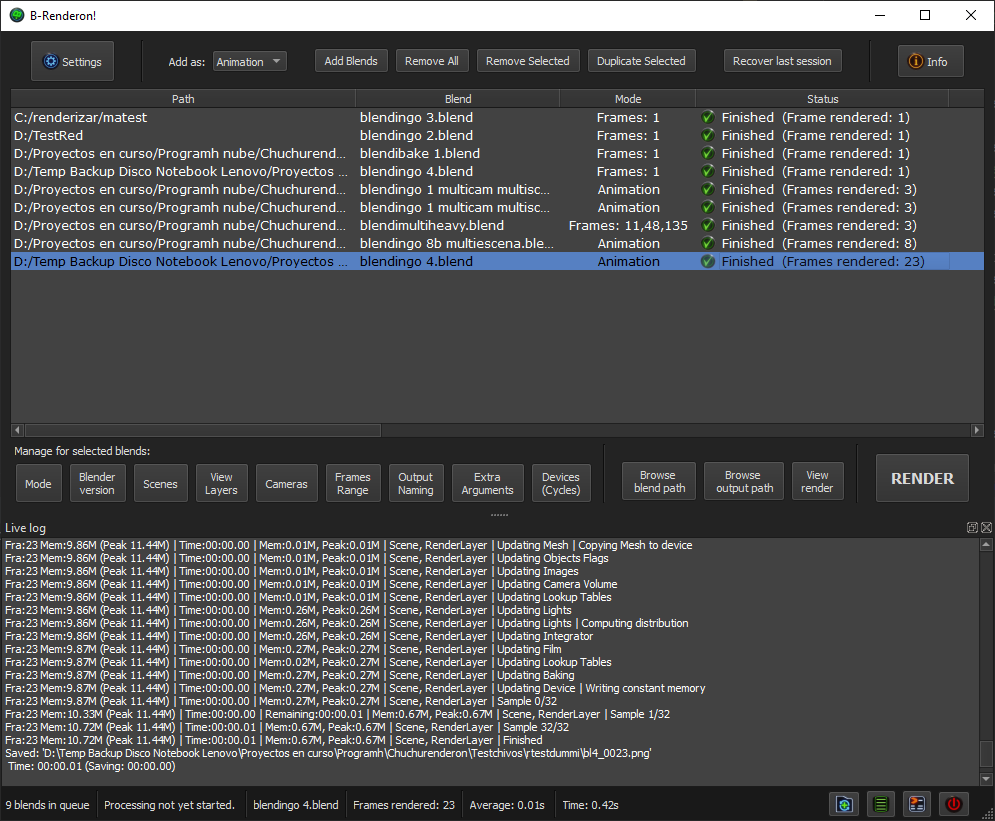 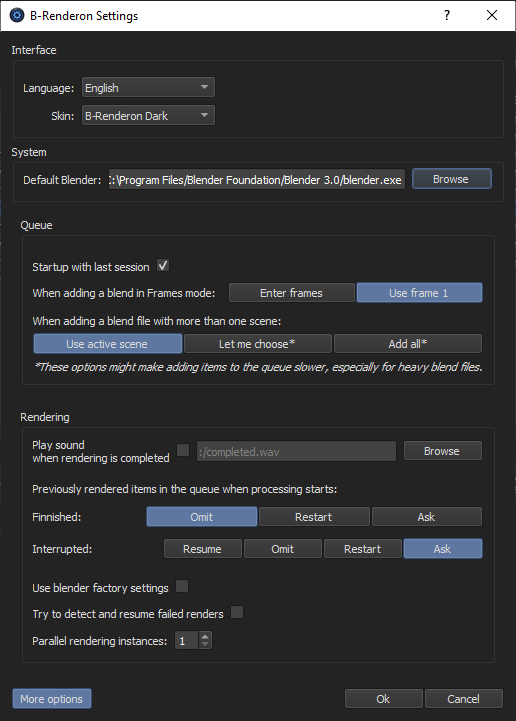 Currently, builds for Windows 10, Ubuntu, and openSUSE (all 64 bits) are available. If you would like to use B-renderon on some other distribution, please send me a p.m.

The interface language can be set English, Spanish or Chinese 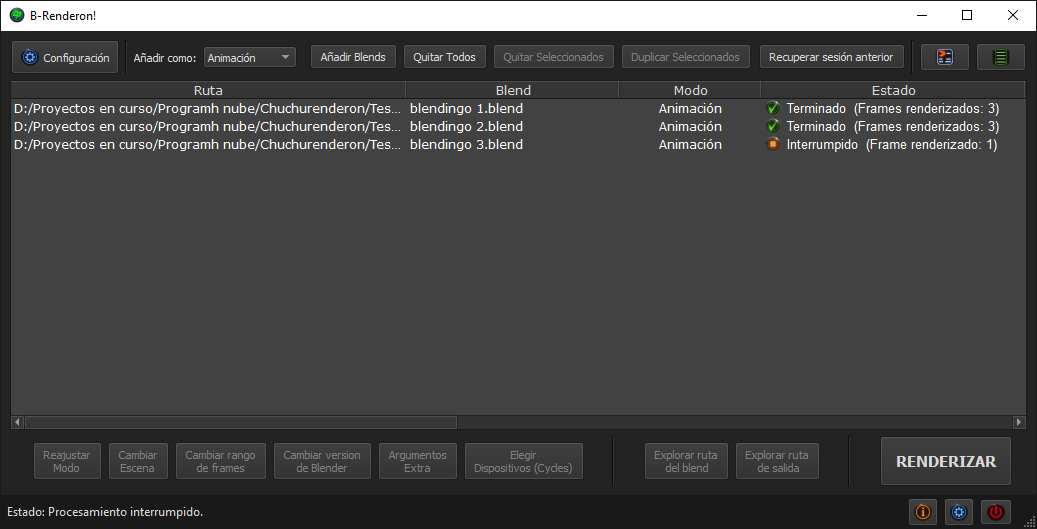 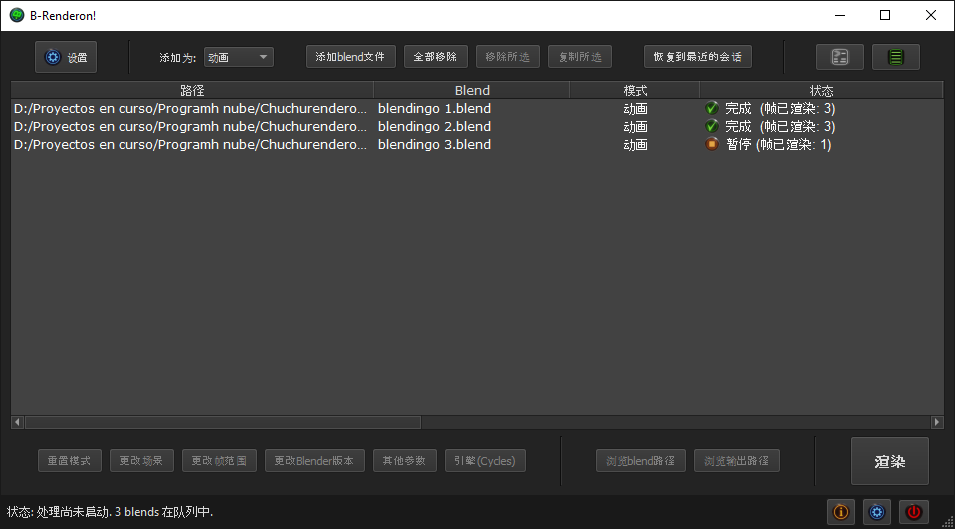