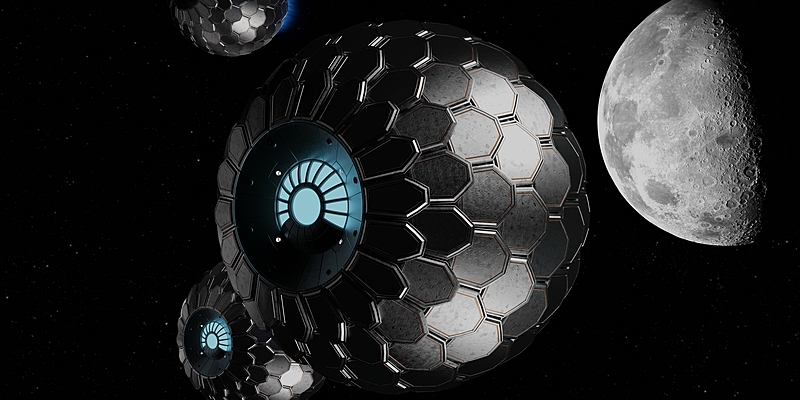 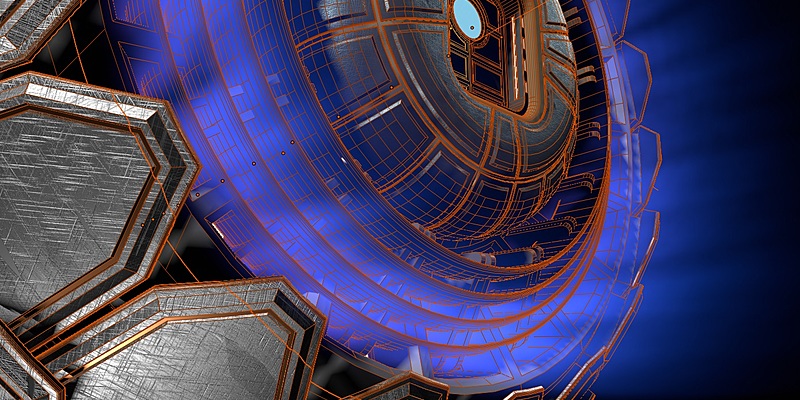 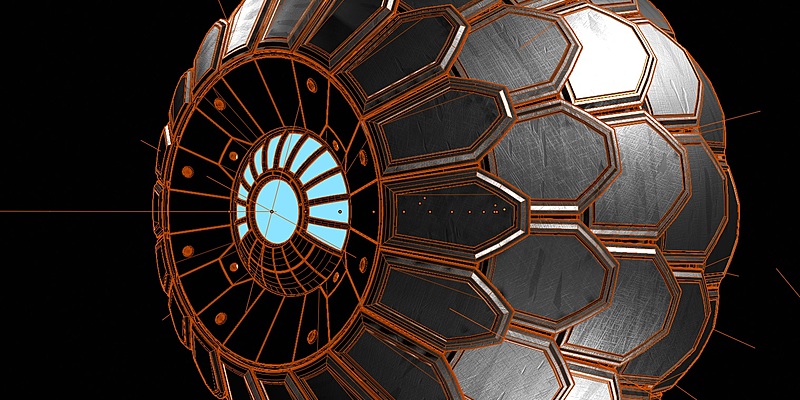 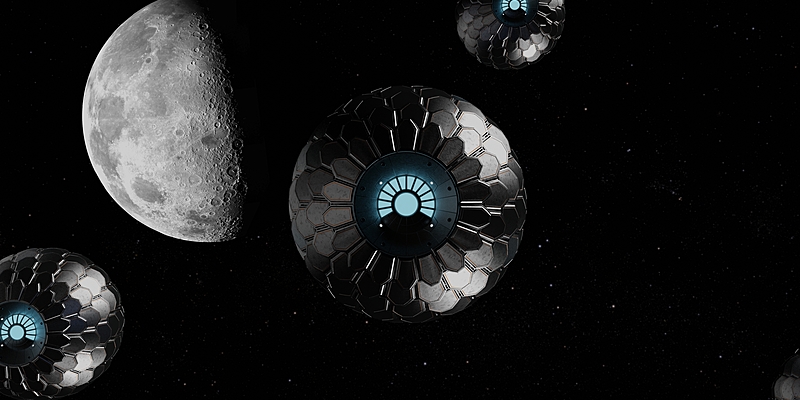 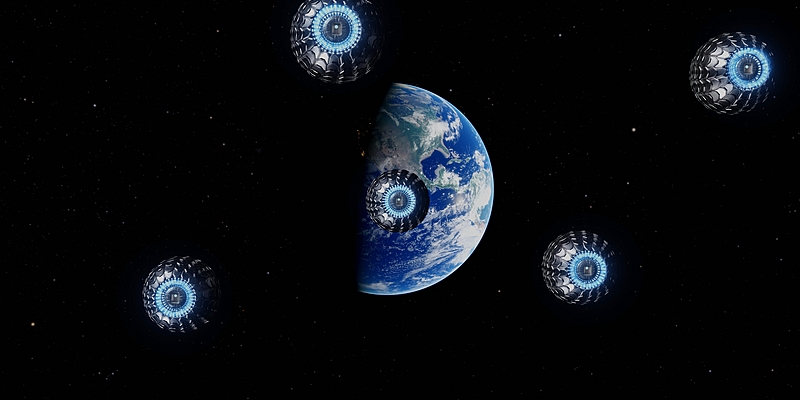 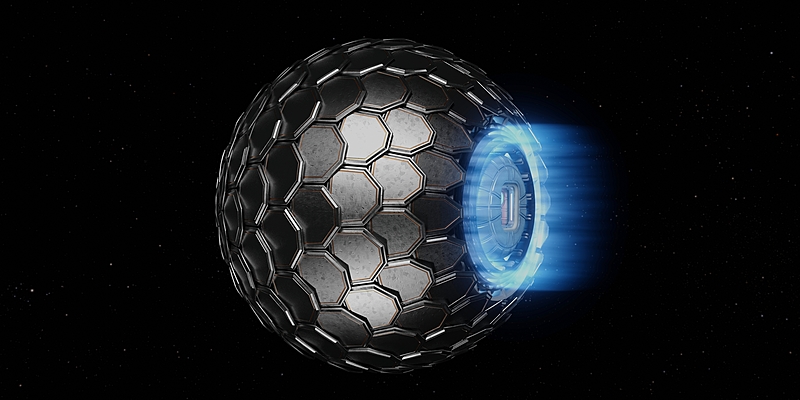 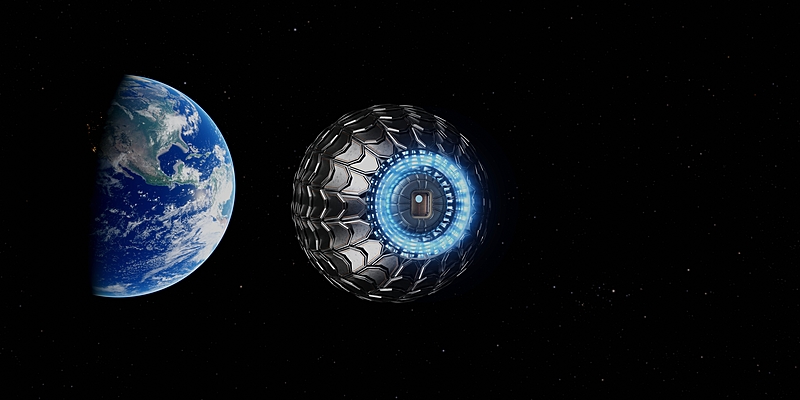 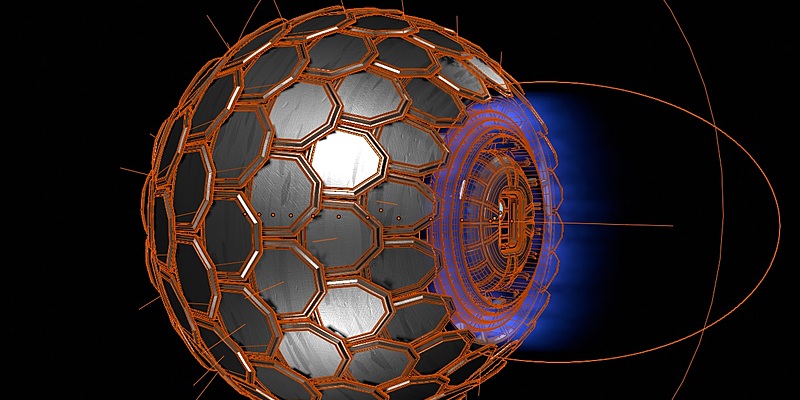 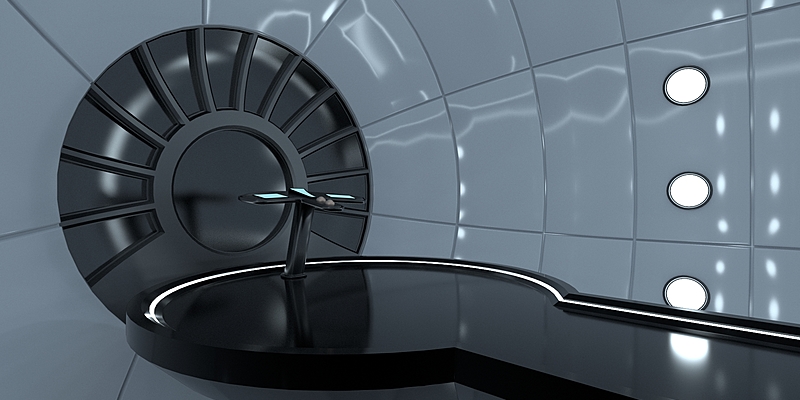 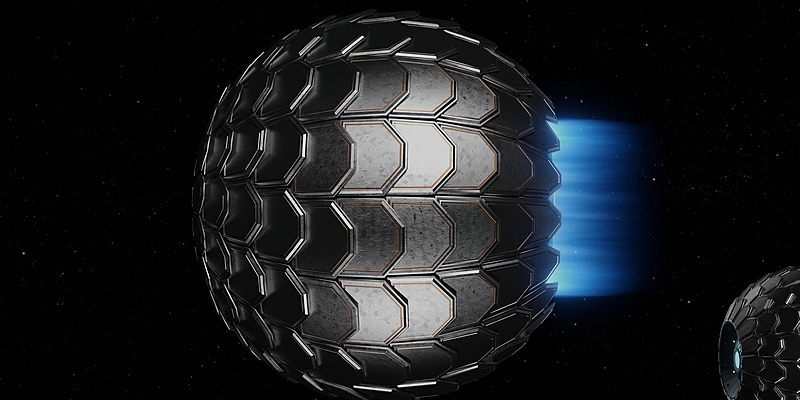 A 3D model of an alien spaceship with dragon armor scales which can rotate, creating an amazing sci-fi effect.

This model does not have the environment of stars and moon/earth included since those are just images anyway which you can get for free online at Nasa websites.

The blue plasma exhaust is an actual volumetric procedural shader that is already animated. It also renders rather fast since it uses the emission node instead of the volume scatter or absorption node.

All textures and shaders are procedural so no texture maps were used.

The alien spaceship has a simplistic interior that is shown on one of the renders.